It's been awhile since my last post. We are very happy here in La Paz and enjoying living like locals. Last night we were marveling at how far we've come from those first days of uncertainty and wariness. It truly is a wonderful town and somewhere we would definitely come back to in the future. It is the most authentic Mexican city in Baja.

But we recently spent the weekend down in Cabo San Lucas, definitely not an "authentic" city! 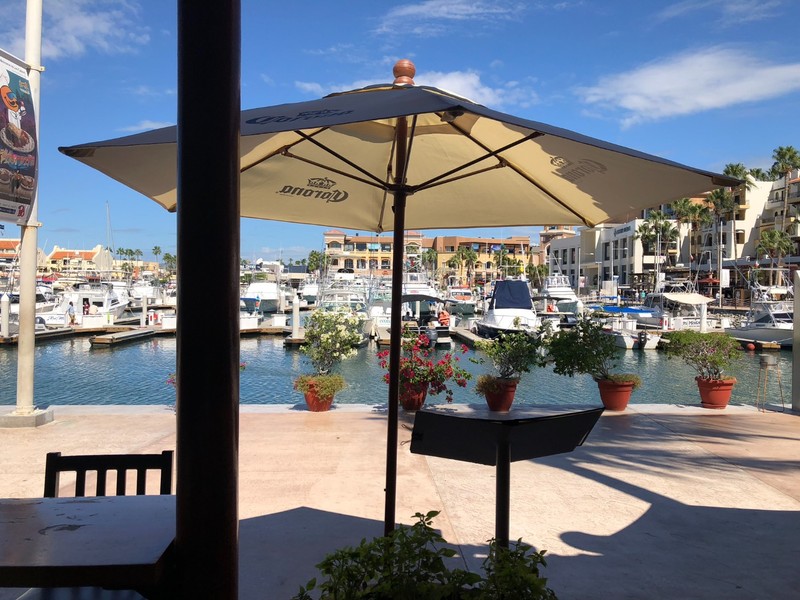 We'd been wanting to get down to check out what everyone around here calls "Crazy Town" for awhile and finally made reservations and went. It's a very fun town with tons of bars, shops, restaurants, and a great beach. 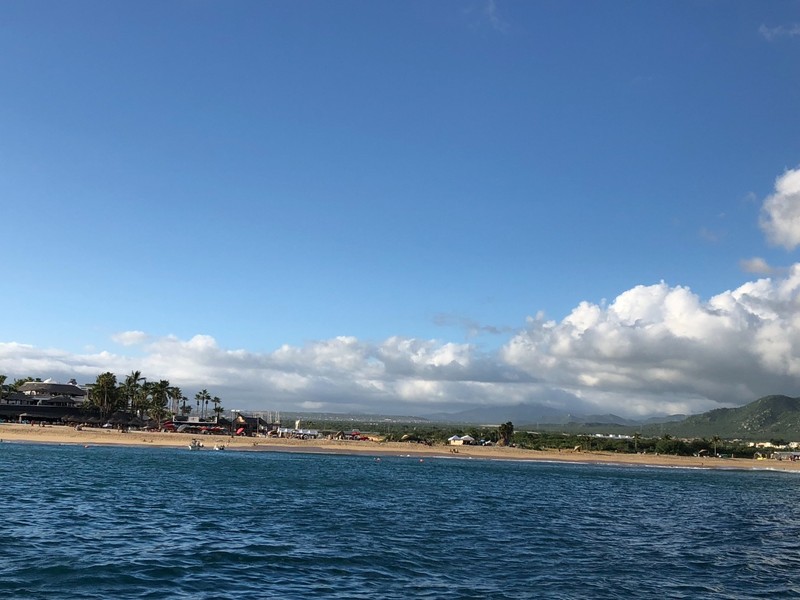 On our way down we stopped off for lunch in Todos Santos. This is a town on the Pacific coast that's famous for its shops and classic Mexican architecture. 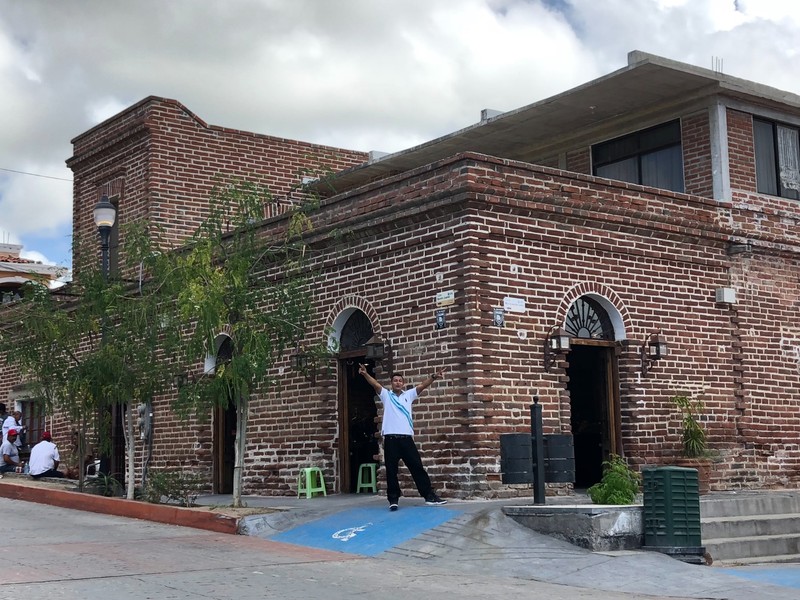 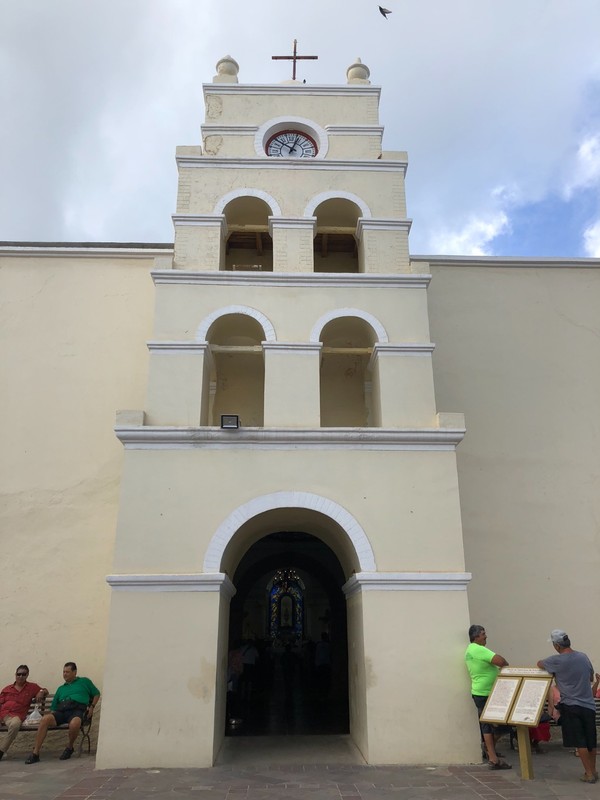 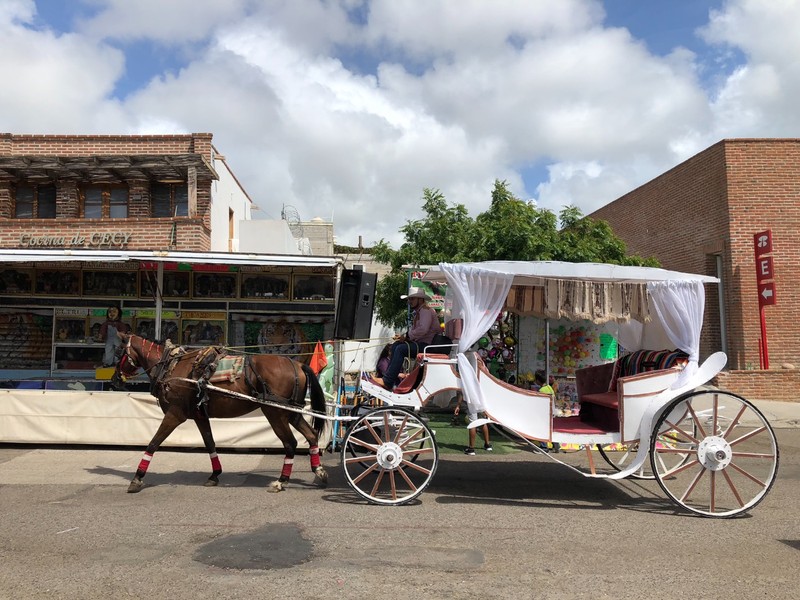 Also for being the home of the Hotel California. 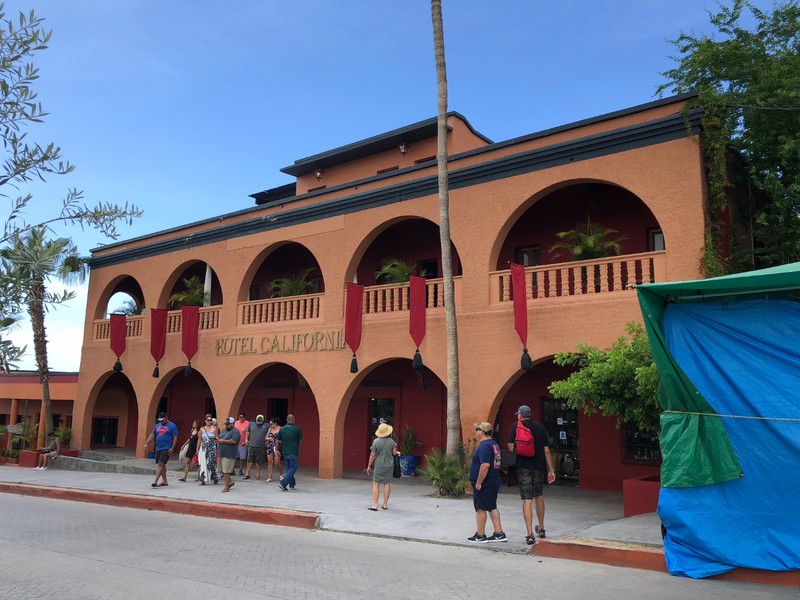 As you can imagine, it's a big tourist attraction. They were having a festival the day we stopped so there were a lot of Mexicans in town but I think on most days it would feel overrun with Gringos. We stopped into the Gringo restaurant across from the hotel, thinking it might be fun to eat there and people watch. 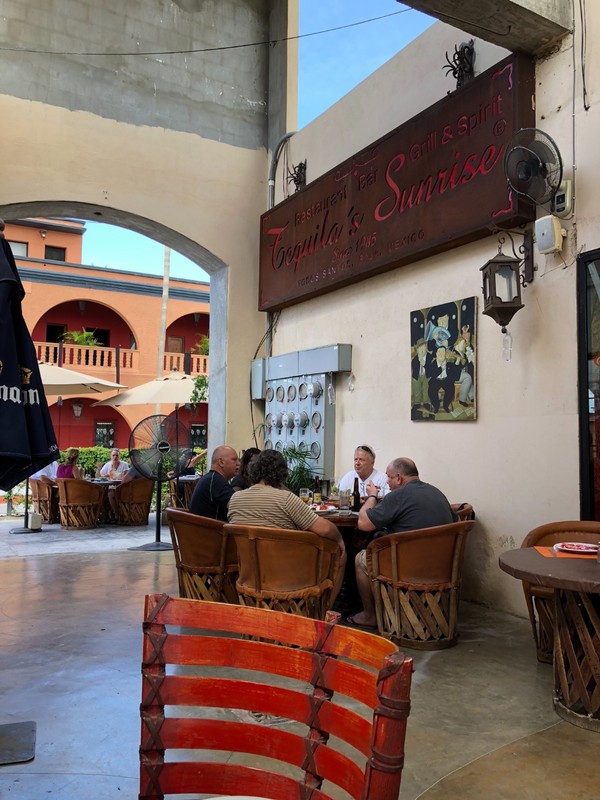 But when we saw they wanted $12 US for a margarita, we thought "we can by an entire bottle of tequila for that" and moved on to the local fish taco stand and had lunch for $50 pesos (about $2.50 US) and finished off with fresh, hot churros and a sweet plantain, both covered in sweet crema for $80 pesos. Yep more than the tacos. 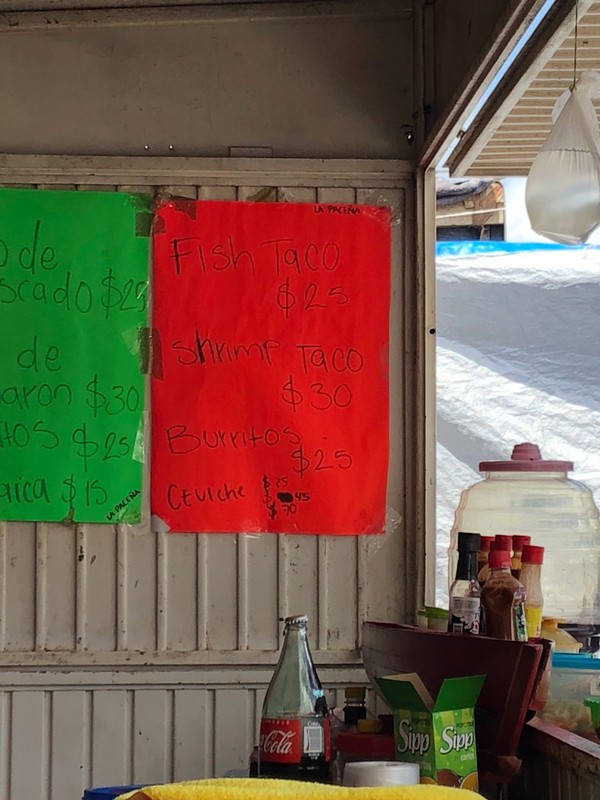 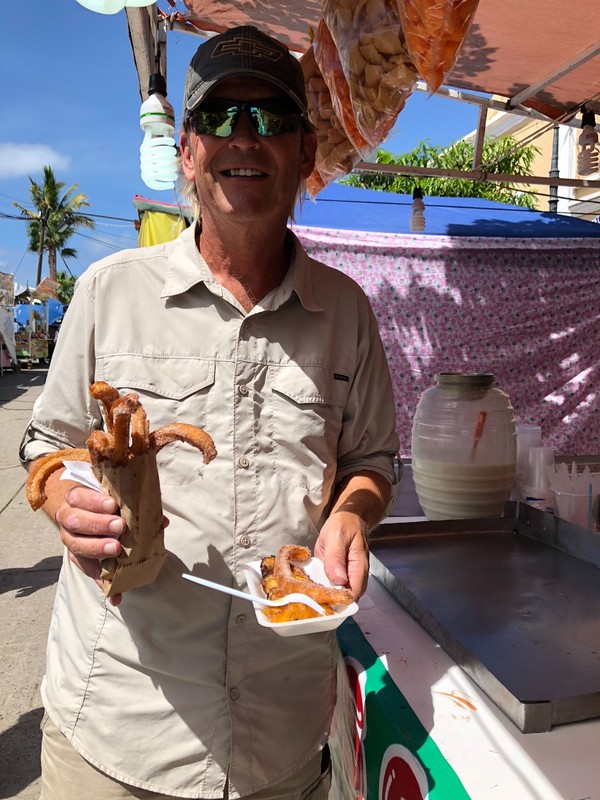 A small digression here on the price of things in Baja Sur. Food is by far the most expensive thing here. Especially fresh food as it is all trucked in or brought from the mainland by ferry. It's not too hard to spend about $30 US on dinner at the nicer places (still cheap). Of course there are the local stands and restaurants where a taco is $20-60 pesos. Good but not very healthy! Beer, wine, and liquor are cheap, too. A beer is typically about $35 pesos ($1.50 US). But the most amazing thing is that both Scott and I needed to visit the doctor recently for simple things so we went to the doctor next door to our pharmacy. For a basic office visit and a prescription, it out $45 pesos. Yep, about $3 US. Unbelievable!

Anyway, further down towards Cabo we stopped off at a beach to see the giant waves that were being churned up by the hurricane hitting up north. 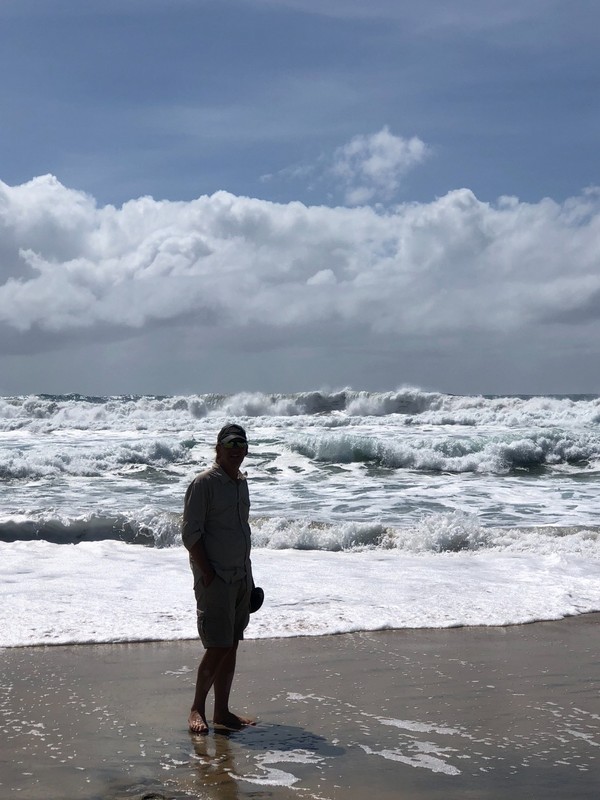 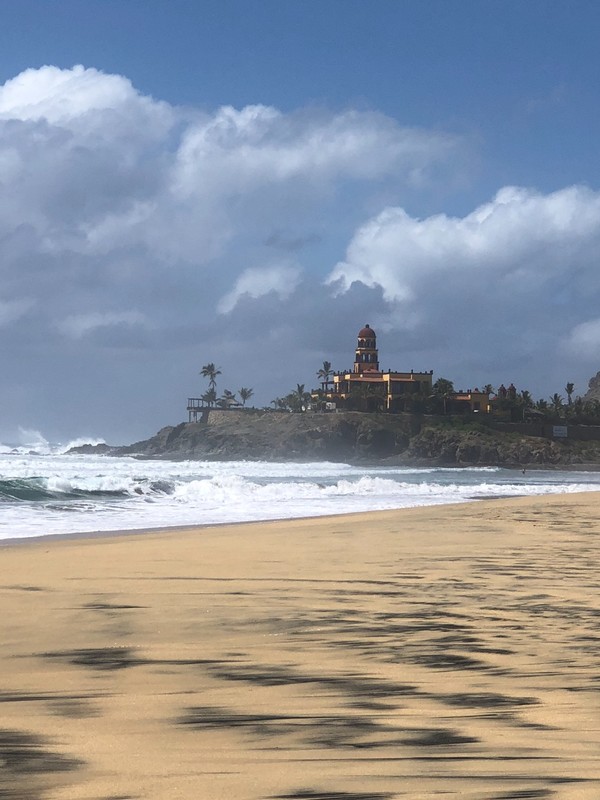 They were awesome and fearsome! Definitely no swimming there!

Most of the action in Cabo is centered on or near the large marina. The marina is surrounded by bar/restaurants of every kind although the selections are pretty standard. American or some form of Mexican with a heavy emphasis on the freshest seafood. Speaking of American, this place is really just an extension of the U.S. Dollars are the most prevalent currency. In fact, you have to ask to pay in pesos for most things. At a few places though you do actually get a steep discount if you know what you're doing. They will have the price in dollars and pesos but they aren't equivalent; the pesos price is much less! That's right, don't rip off the locals!

We stayed at a lovely little hotel with a pool set amid a lush garden that was up the hill away from the crowds. It was a great place to come back to and chill out and they served a great breakfast every day. 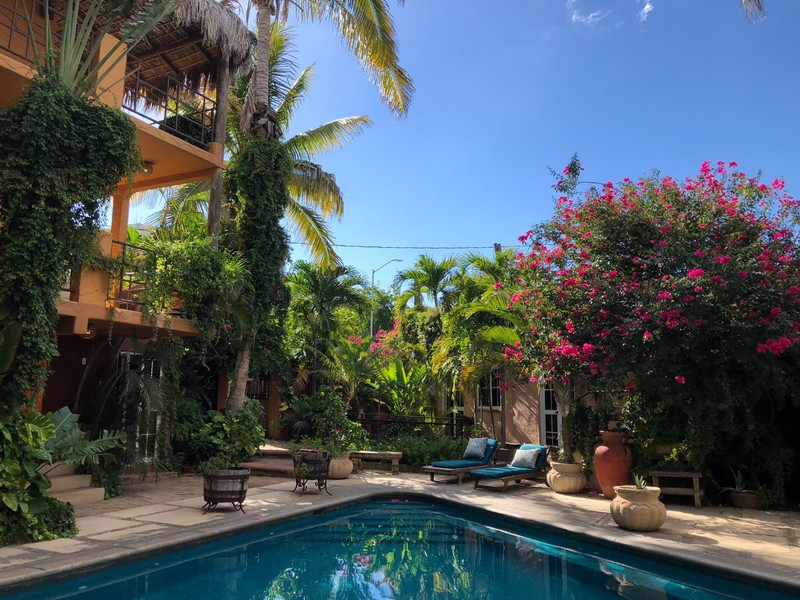 Away from the marina, there are quieter streets with nicer, more laid back restaurants and beautifully maintained historic buildings and homes. It's a fun place to wander but really coming to Cabo is all about the "Spring Break for Adults" atmosphere and we did have a ton of fun.

The highlight of the trip was a sunset sail out to the rock arch they call the Arco. 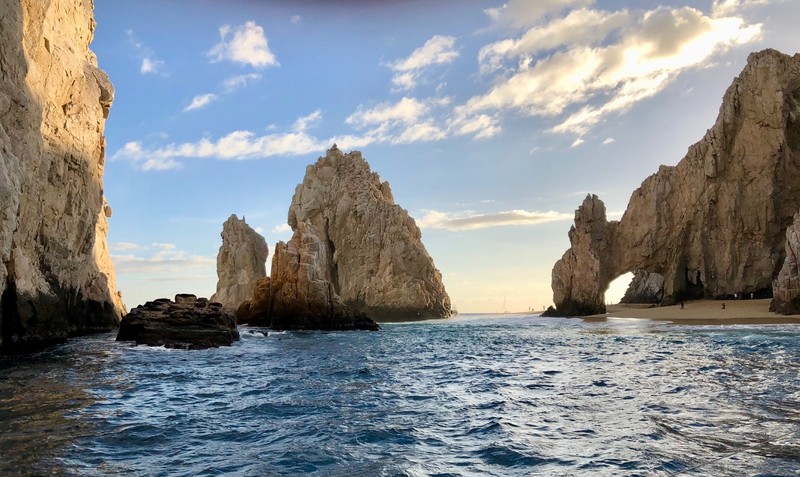 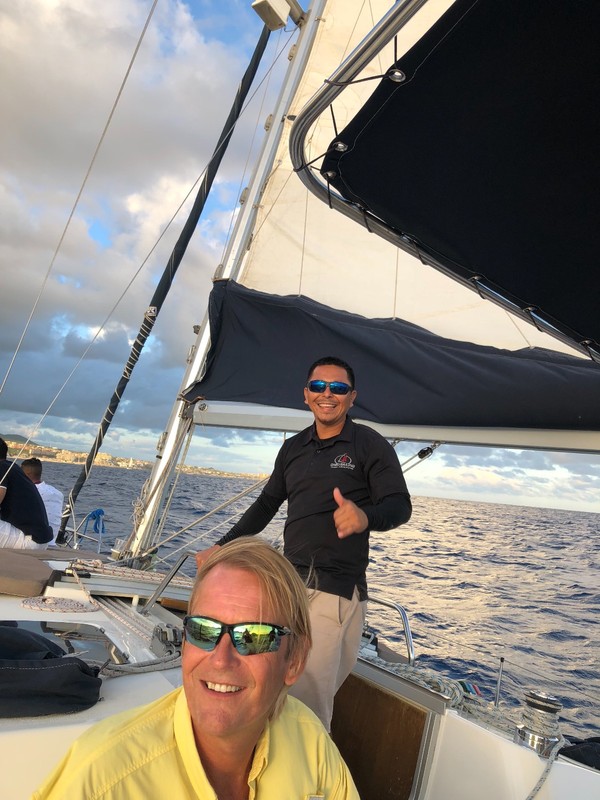 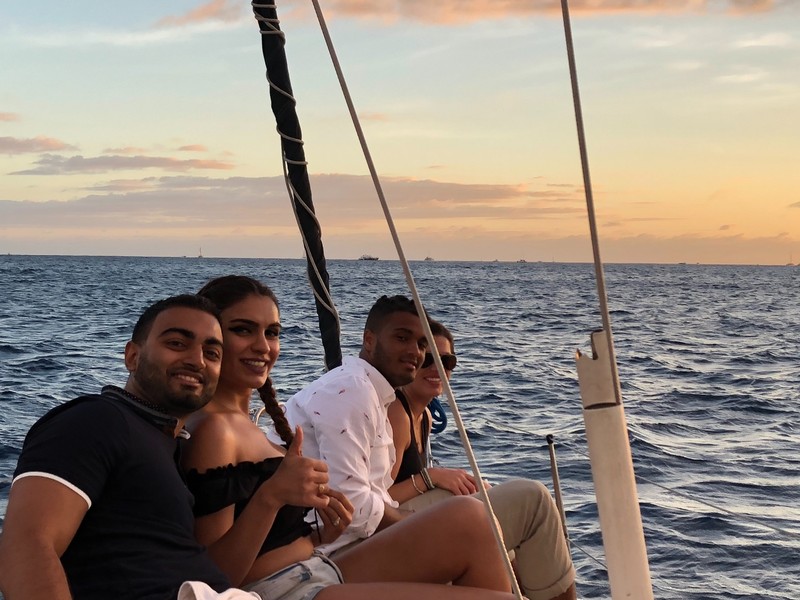 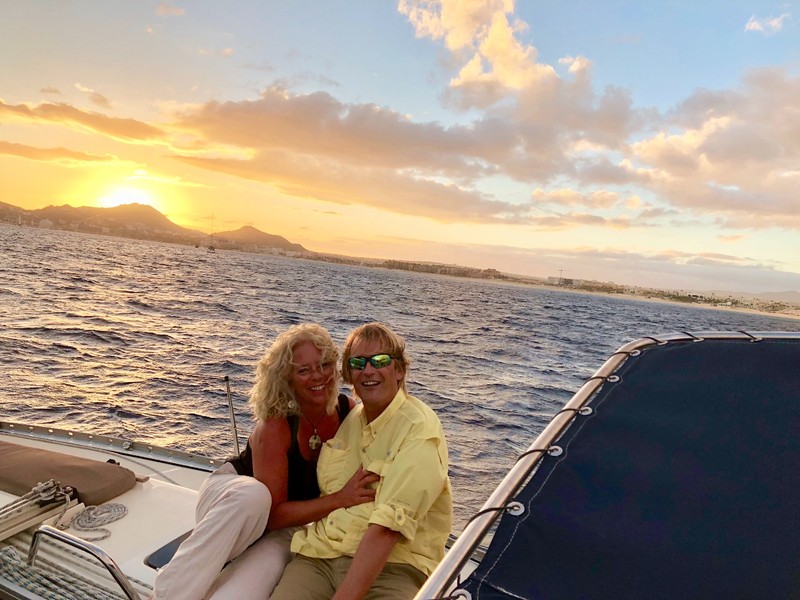 We even saw some sea lions. 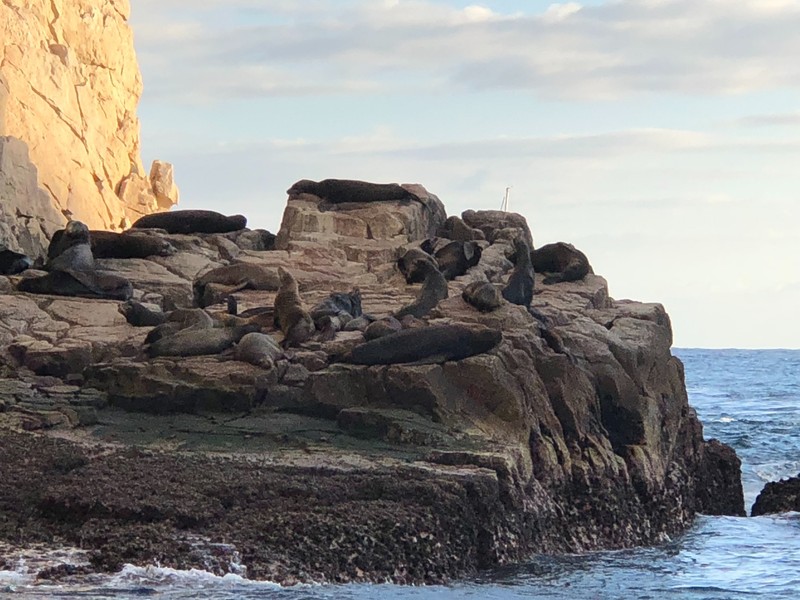 On our way back to La Paz, we took the long route home that goes up through the mountains and along the East Cape. We wanted to explore this area because we will be renting a house there in January and having family and friends down to visit.

Our first stop was at San Jose del Cabo. Cabo San Lucas' sister city. It's a more "authentic" town but just as touristy in it's central area. It is much prettier though with most of the central historic district restored and turned into shops and art galleries. It reminded us a bit of Todos Santos but nicer. 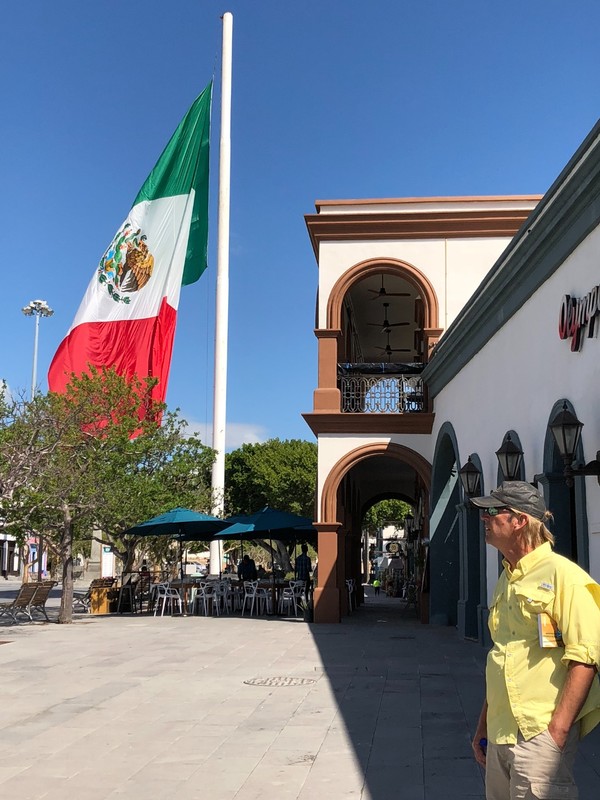 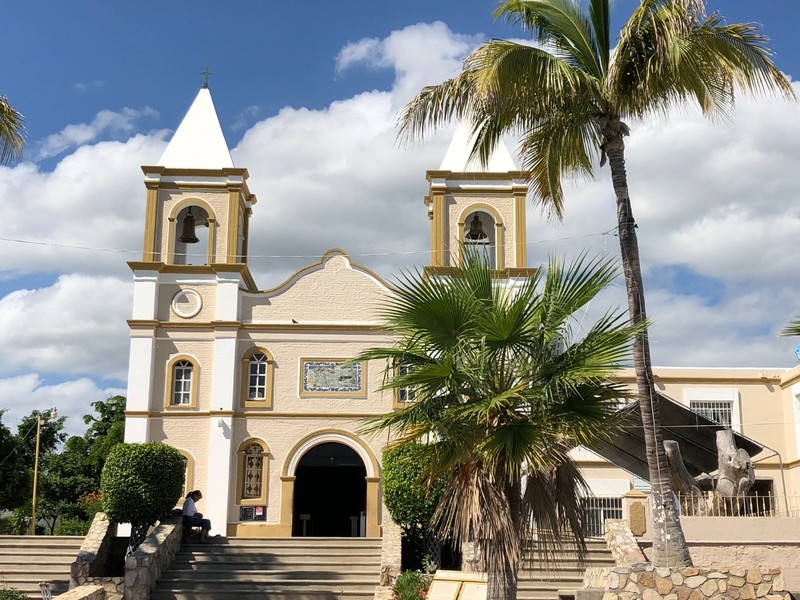 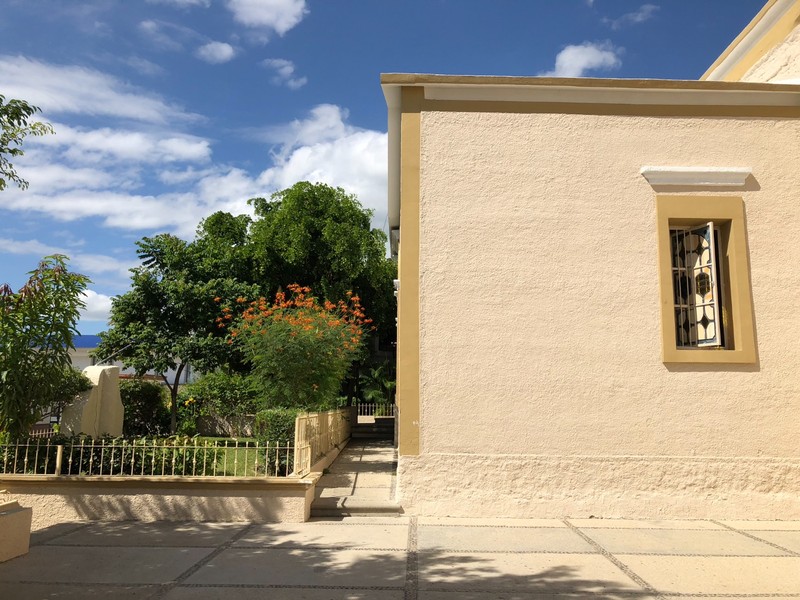 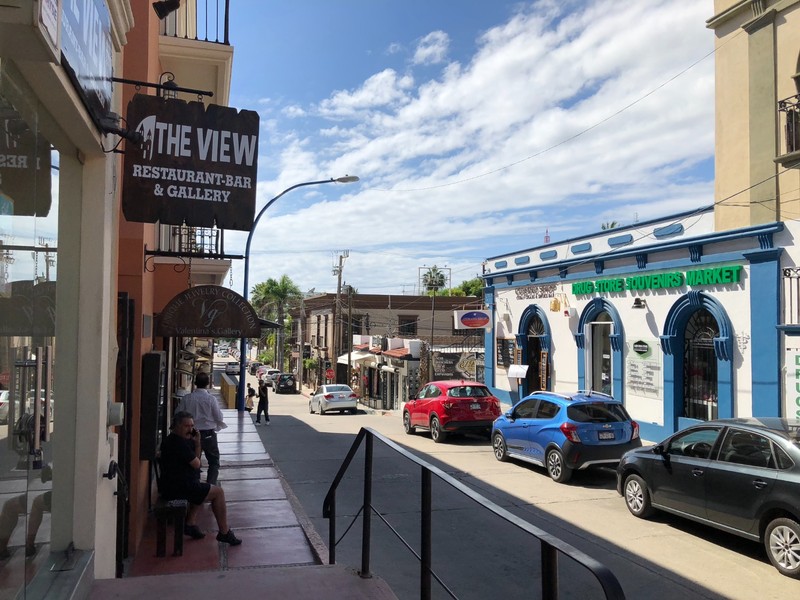 From there we drove into the mountains and across the Tropic of Cancer at which they have built a lovely little building and monument. It includes a beautiful outdoor chapel. 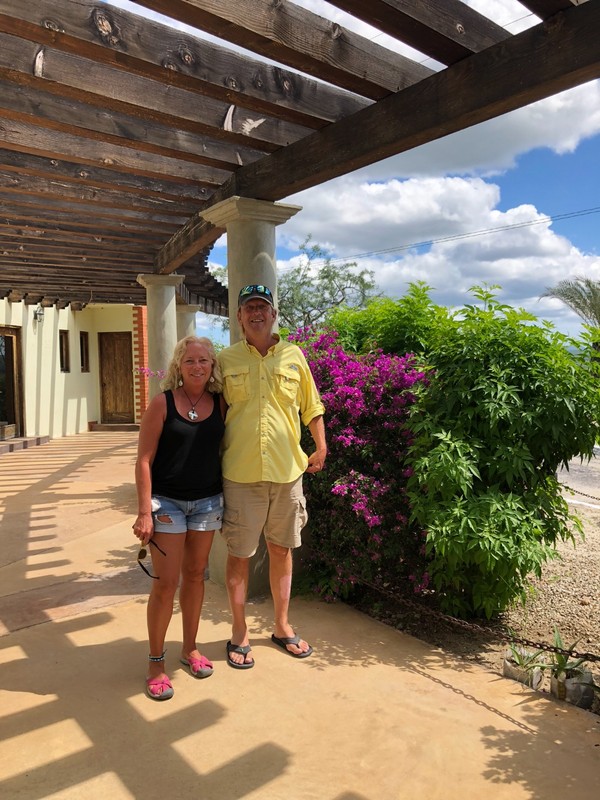 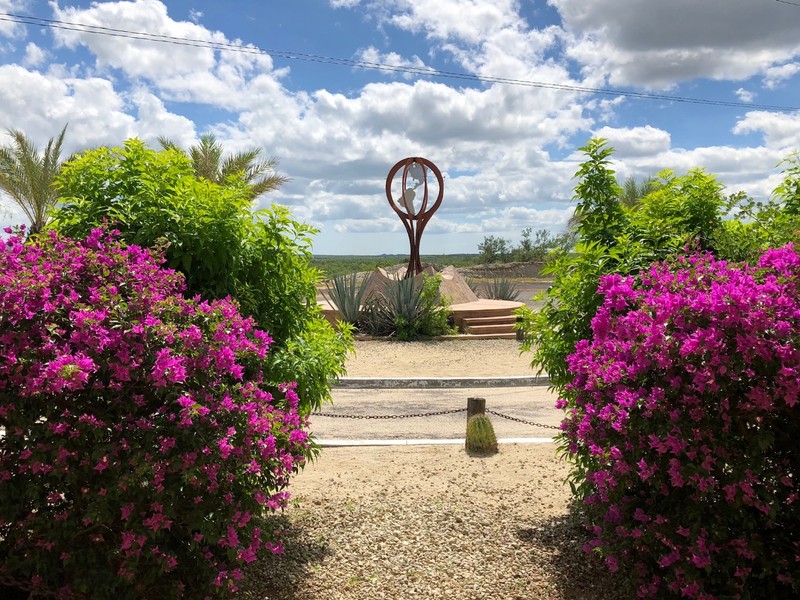 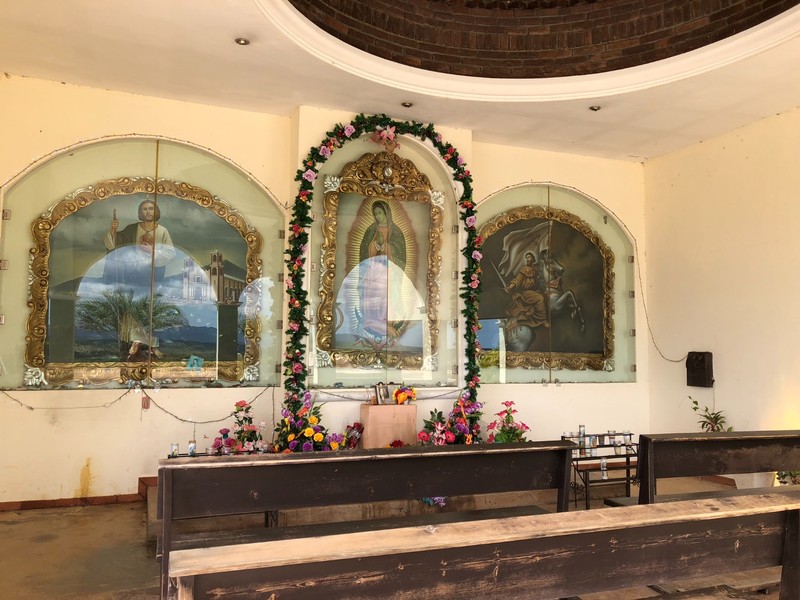 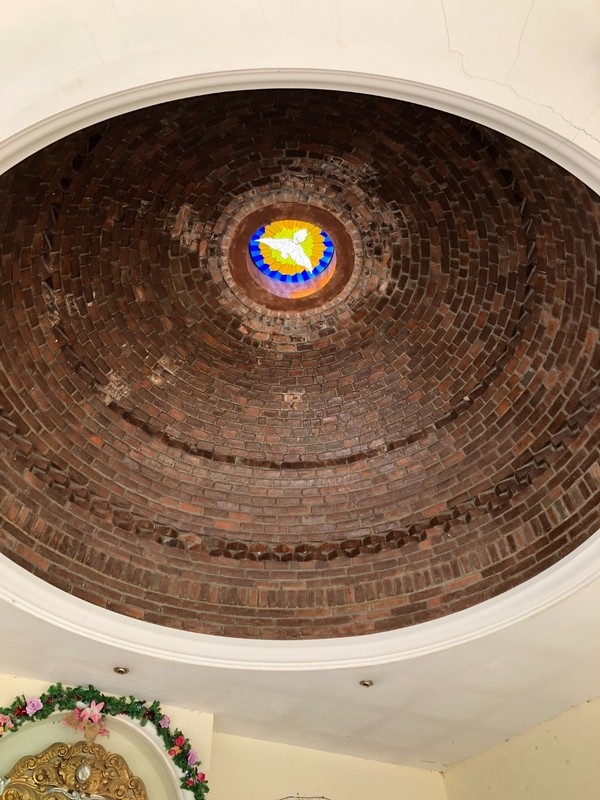 Next, it was on to La Ribera and Los Barriles. Two towns on the Sea of Cortez south of La Paz that are known for fishing and wind surfing. La Ribera is smaller with only one paved road and a few restaurants. It will be a very quiet, authentic Mexican town for us and our visitors. Although we hear during the winter it picks up with lots of kite surfers in town. Los Barriles is bigger with more bars and restaurants and is only 10 minutes away so easy to escape to for more action.

Here's a quick clip of the beach at La Ribera. Towards the end you'll see the water tower that our house is just in front of.

From there we made our way back up into the mountains to the small town of El Triunfo. This is a very special place we definitely want to go back to and spend an overnight. At one point in its heyday as a mining town is was the largest town in Baja Sur. It fell on hard times after the mine closed and was almost a ghost town until a few people decided to renovate the old buildings and make it a tourist stop. The restorations are wonderful, including the old smoke stack that was reputedly designed by Gustave Eiffel. 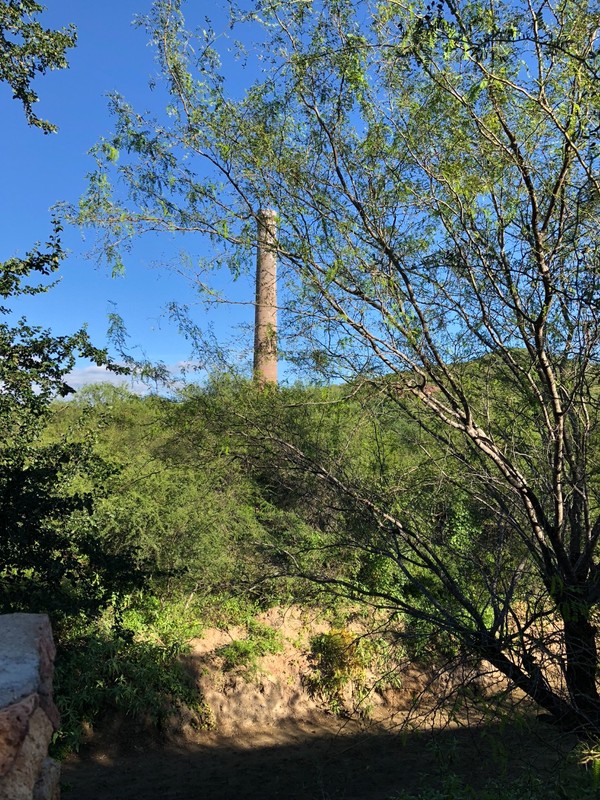 On an interesting side note, much of the restoration is being paid for by Christy Walton. She's a member of the Walmart Waltons and lives in Baja Sur. In addition to funding the restoration of El Triunfo, she apparently paid for all of the sculptures along La Paz's malecon! She owns a lot of property in La Paz and elsewhere but from all reports is very benevolent and a strong environmentalist.

Anyway, there is a great restaurant and apparently a bar that does paella every Sunday. A local rancher has opened a few casitas, there are two museums, and the ruins of the mine can be toured. Expect more on this gem in a future post. 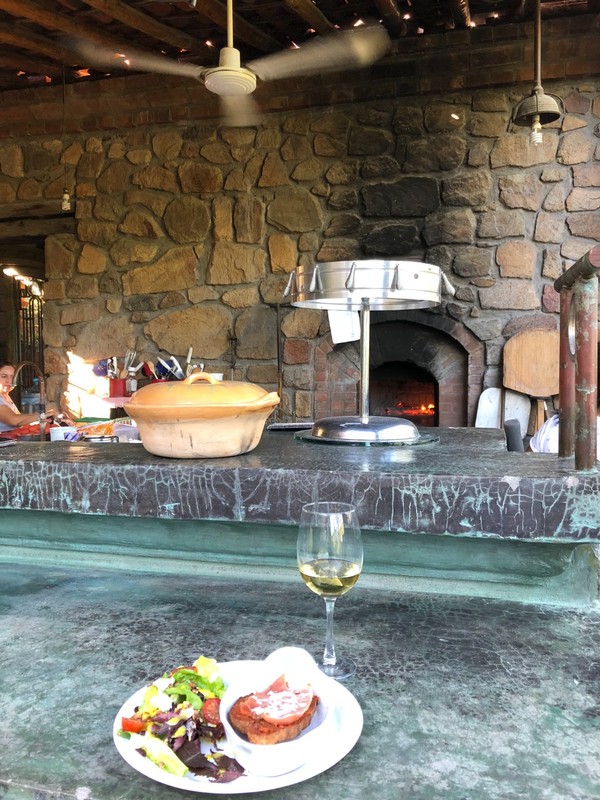 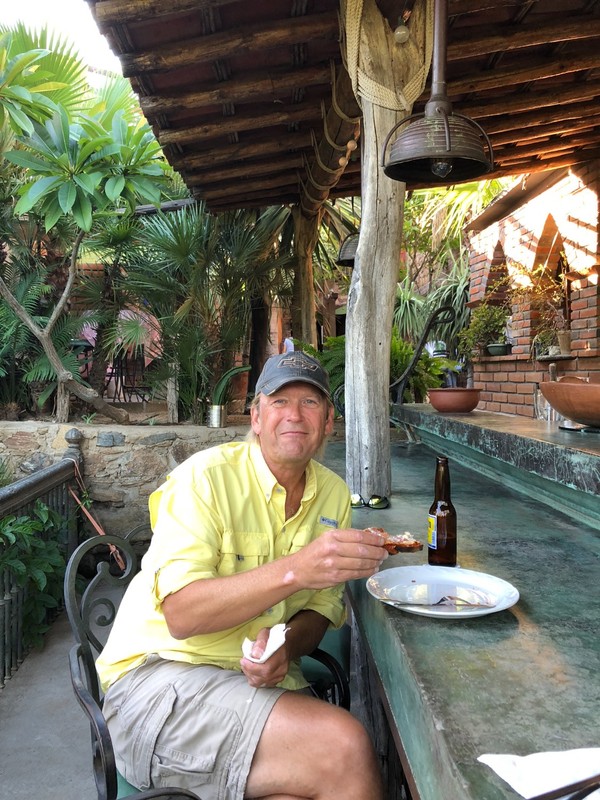 That's all for now. Be sure to follow us @arrradventures for more frequent updates.