Life continues on here in La Paz. We definitely feel like we have moved here. Good thing we love it! This week we change locations and move to a two bedroom house down at the end of the Malecon. Looking forward to a little luxury and a little more space. It's hard to believe it's already November. Each day seems to go slowly but the weeks are flying by.

As you likely know, Day of the Dead, Dia de Los Muertos, is a big deal in Mexico. It's mostly centered around families and family activities as they remember their ancestors but La Paz, as with other large cities, has a festival they put on for the town. Two days of music and dancing and of course, the Catrina contests. We did our part to join in the fun! 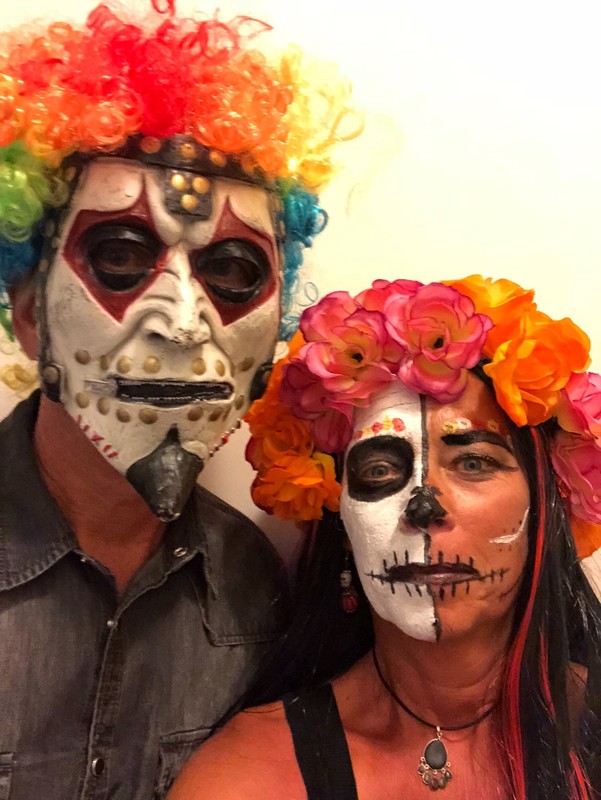 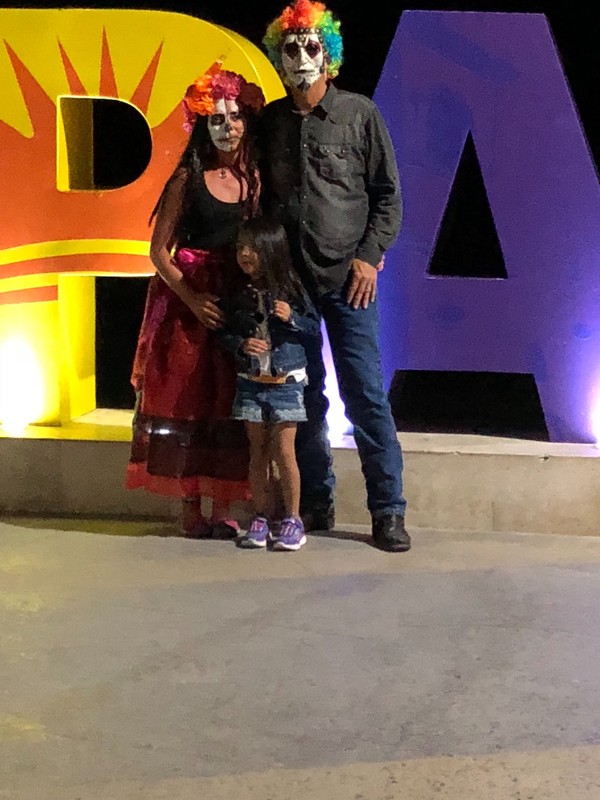 No idea who the child is! Just wanted to be in the pic.

Part of the festival is to decorate the places of the dead, like cemeteries, and to build temporary shrines. For the festival they built shrines to famous people, some Mexican... 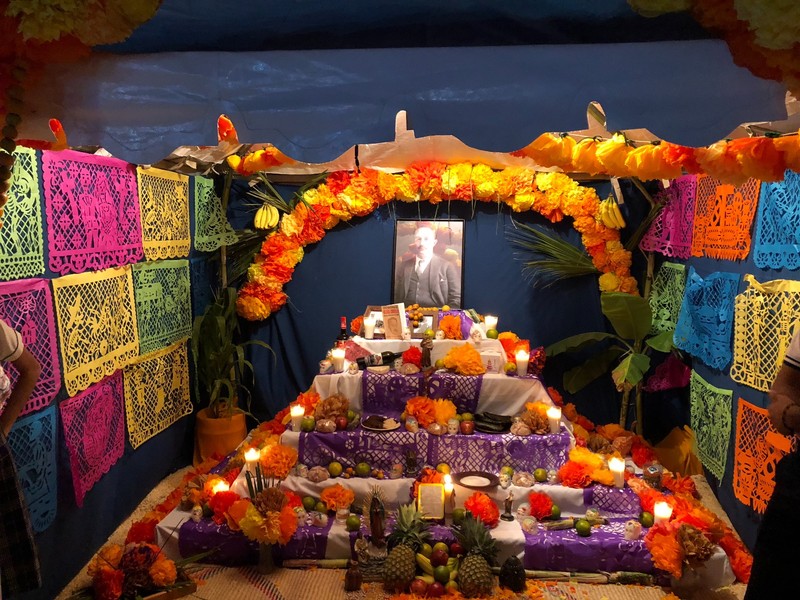 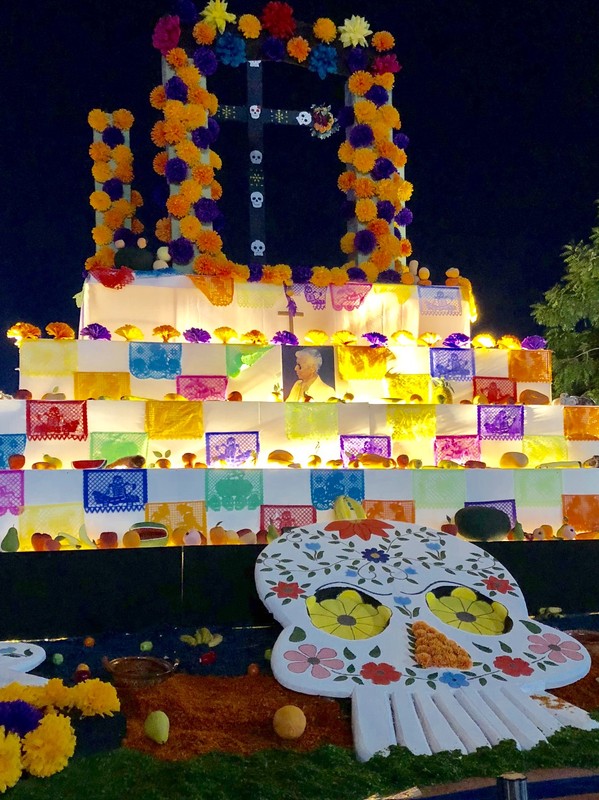 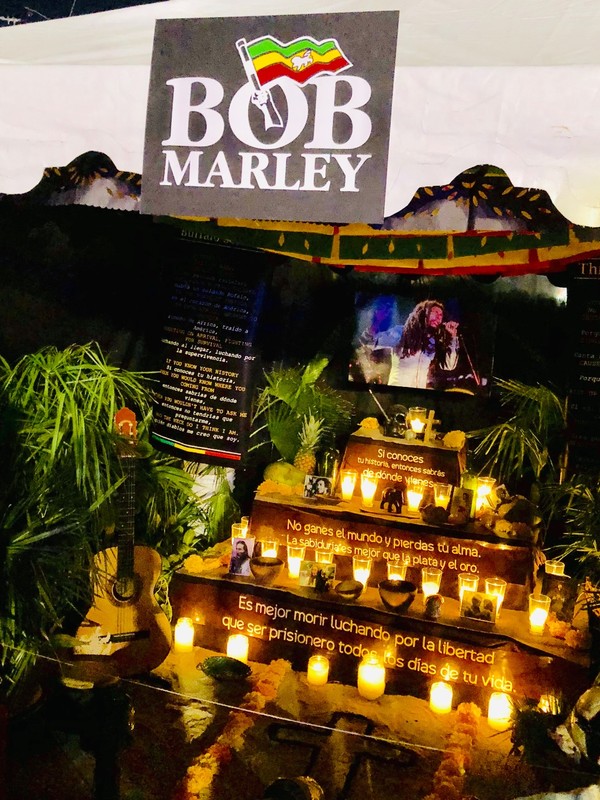 And our favorite part is all of the (mostly) women that dress up for the Catrina contest. For information on Catrina history, check out this link:
https://en.wikipedia.org/wiki/La_Calavera_Catrina 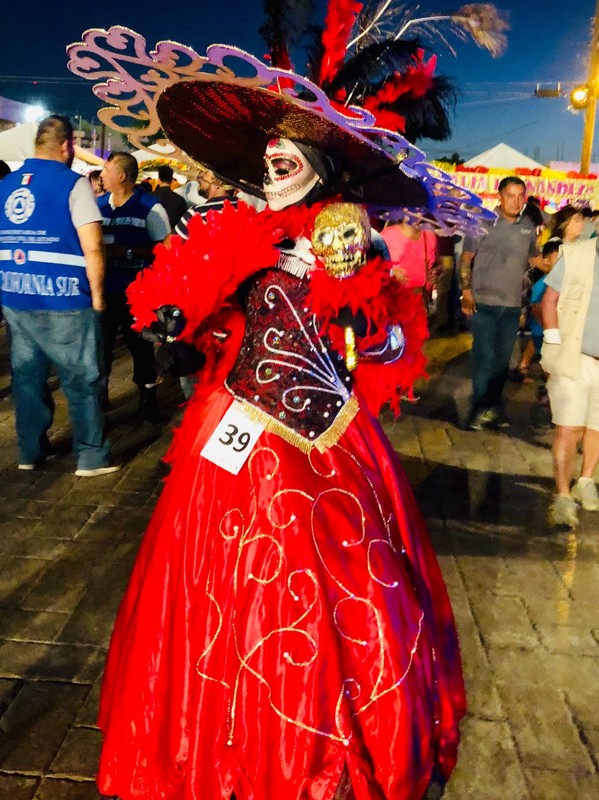 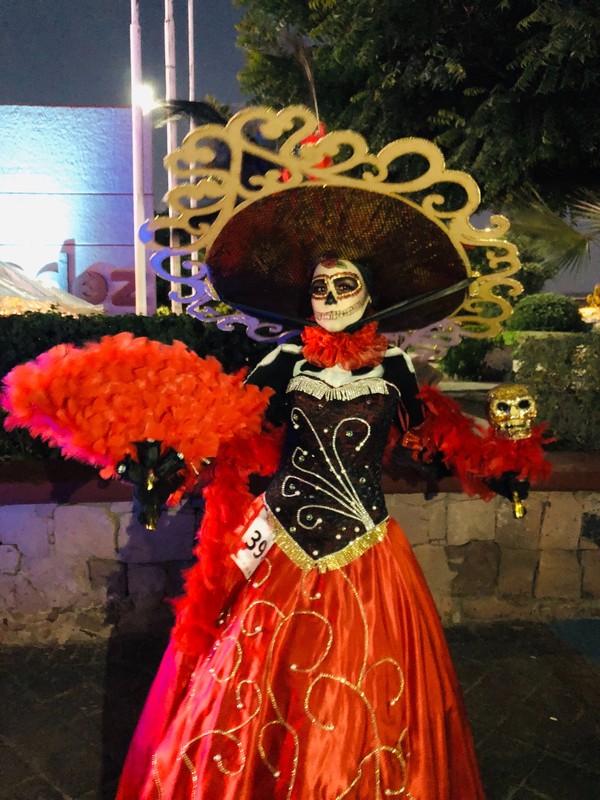 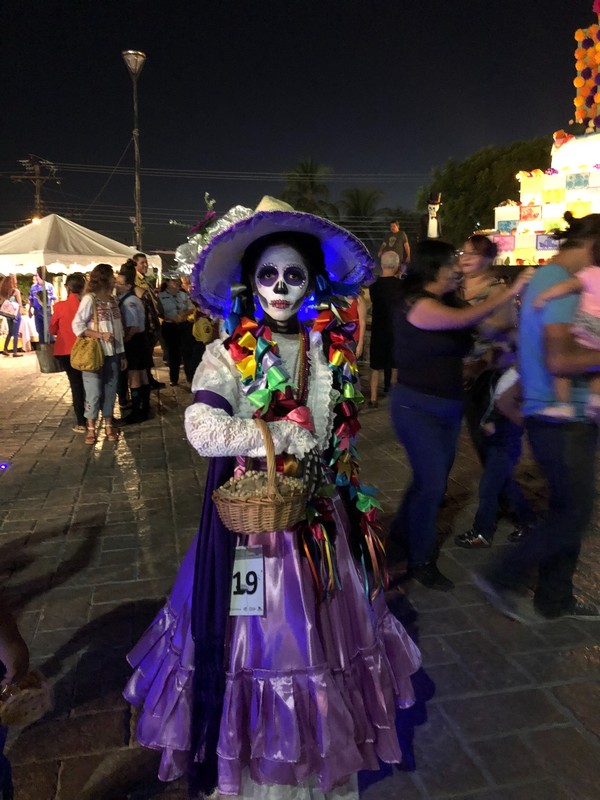 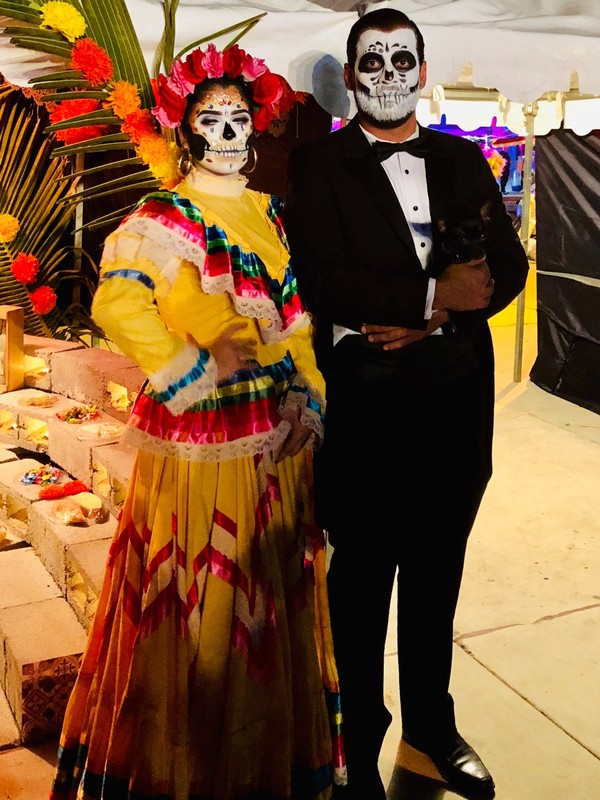 We have spent a fair amount of time planning our 2019 travels and are really excited! Here are some highlights.

After a trip back up the Baja and a week in LA to sell the truck and get rid of everything that doesn't fit in our backpacks we hop a flight to...

COLOMBIA
Colombia will be our first stop. We fly into Medellín and will spend about a week in and around it and then fly on to Cartagena for another week. We are debating going to the island of San Andrés, which is a Caribbean island closer to Nicaragua but owned by Colombia. After watching Narcos this fall on Netflix we are so fascinated to explore Colombia and see how they transitioned from those years of violence and chaos to the point where Medellín was named the Most Innovative City in the World in 2018. It's a remarkable turn around.

PANAMA
From Cartagena, we will be taking a sail boat cruise to the San Blas islands off the southern coast of Panama. These have been on our bucket list since we were in Bocas Del Toro in 2016. Really looking forward to seeing these sandy atolls. Then we fly to Panama City for a few days and off to Bocas Del Toro again. It is true that time dulls our bad memories because when we left last time I swore I wouldn't go back any time soon (Because it rained so much while we were there.). However, it stays with Scott as somewhere he loved and it will be nice to go back to a place we have already explored and be able to see it with more experienced eyes for three weeks.

After Bocas, we have about 10 days unscheduled. Maybe we will head to the mountains or just hang out in Panama City. Depends how we're feeling and what sounds good at the time.

HONDURAS
Next we will fly to Roatán, an island off of the Caribbean coast. Roatán is a place written up all the time as a great place to retire. Lots of expats and lots of fun. So we're excited to explore it for three weeks and even more excited to have Courtney come down for her spring break while we are there.

EUROPE
After much debate, we've decided to spend the summer and fall in Europe with a two week detour into North Africa. Southern Spain, Morocco, Portugal, and Southern France here we come!

But first, we are in La Paz until the end of December and we have some fun things planned. Next weekend, after Thanksgiving, we are headed back to El Triunfo for the gastronomic festival and then in early December we are taking our first trip to the mainland to visit Guadalajara. We are so excited for our friend Tim to come at Christmas. And then we are moving on to La Ribera, about an hour south of La Paz, where my parents, our daughters, and Scott's brother will visit us in January. Lots of fun in our future and it's exciting to be beginning our "real" travels!