We arrived in Bangkok on February 5th so I'm definitely due for an update!

But before we talk about Thailand, a few more thoughts and images from Nha Trang.

On a granite promontory just across the Cai River from central Nha Trang, this Cham temple tower founded sometime before 781 A.D. is dedicated to Yan Po Nagar, the goddess of the country, who came to be identified with the Hindu goddesses Bhagavati and Mahishasuramardini. At this point just upriver from the ocean, the river is filled with colorful fishing boats. 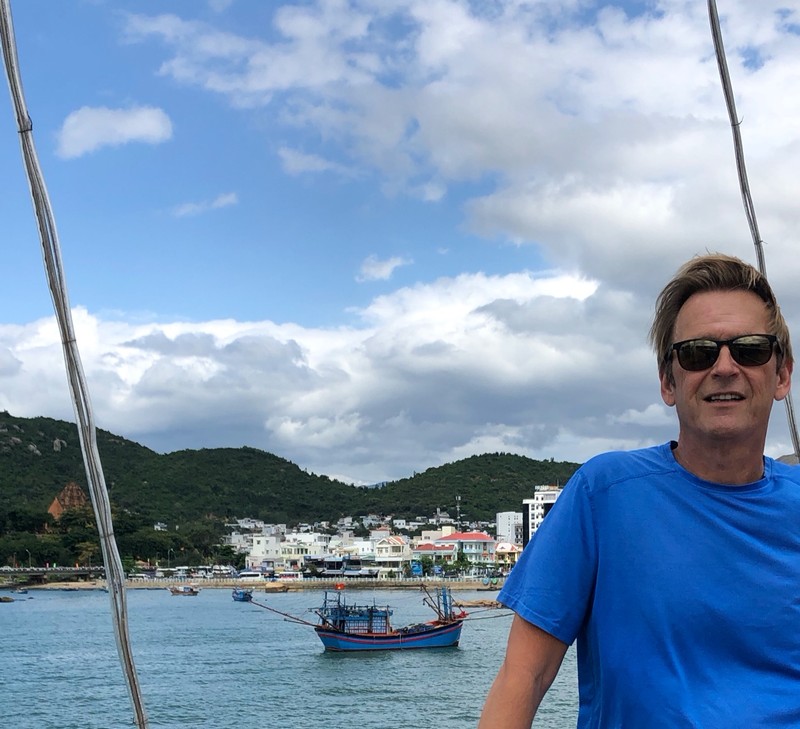 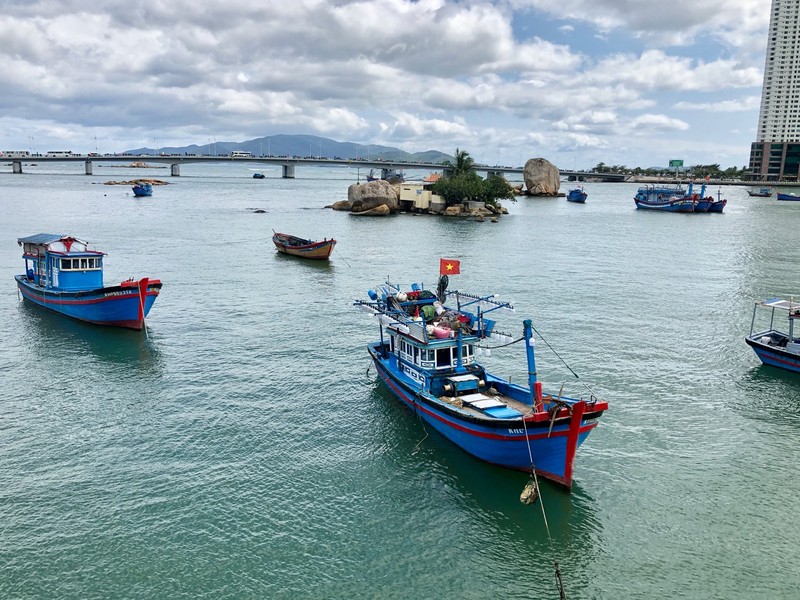 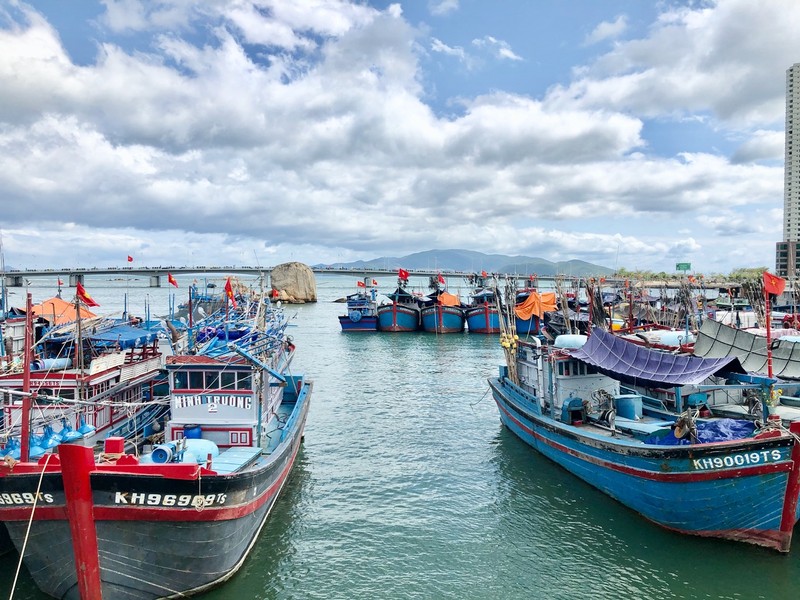 Built between the 7th and 12th centuries and originally Hindu, the towers are still actively used for worship by Cham, Chinese and Vietnamese Buddhists. Originally the complex had seven or eight towers, but only four remain. The independent Cham political states extended across the coast of what is today central and southern Vietnam from approximately the 2nd century A.D. before being absorbed and annexed by Vietnamese Emperor Minh Mạng in AD 1832. Cham peoples still exist in Vietnam though they are a small minority.

The temples are unlike any we have seen so far. Built of red brick, they have weathered and softened over time but are still incredibly beautiful. 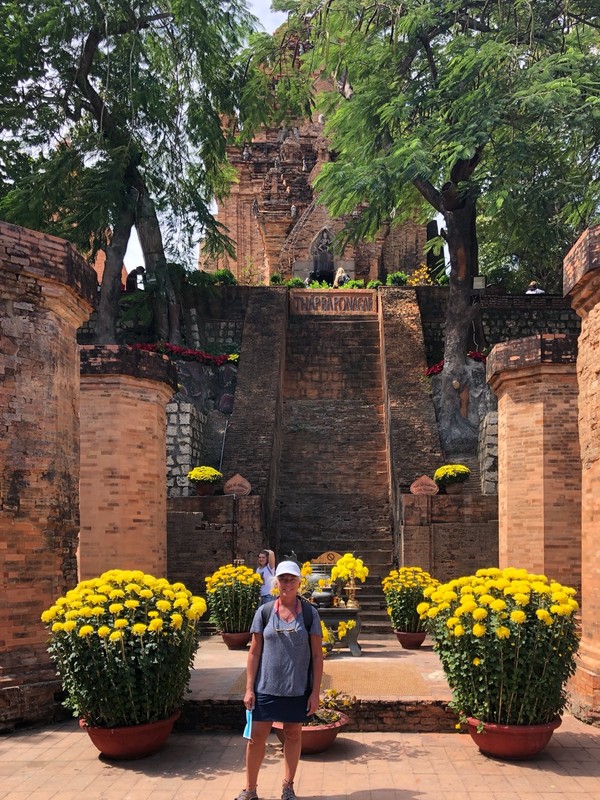 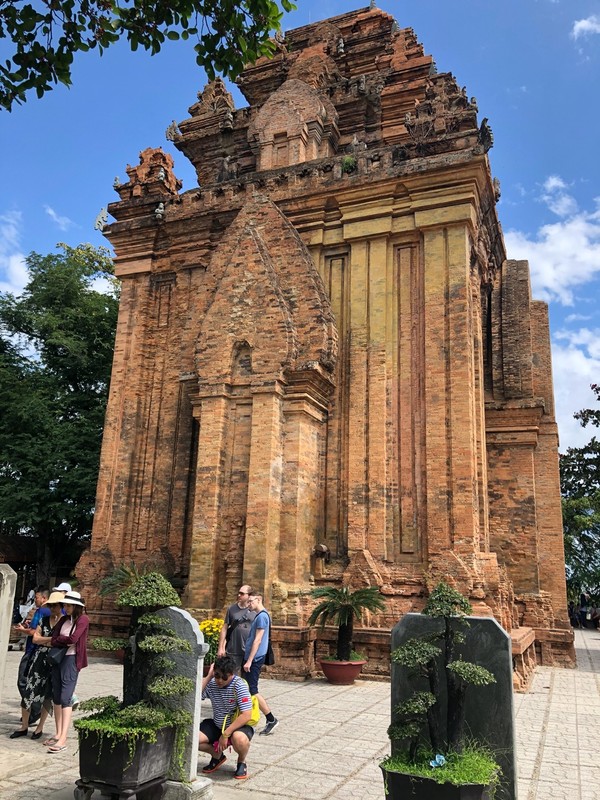 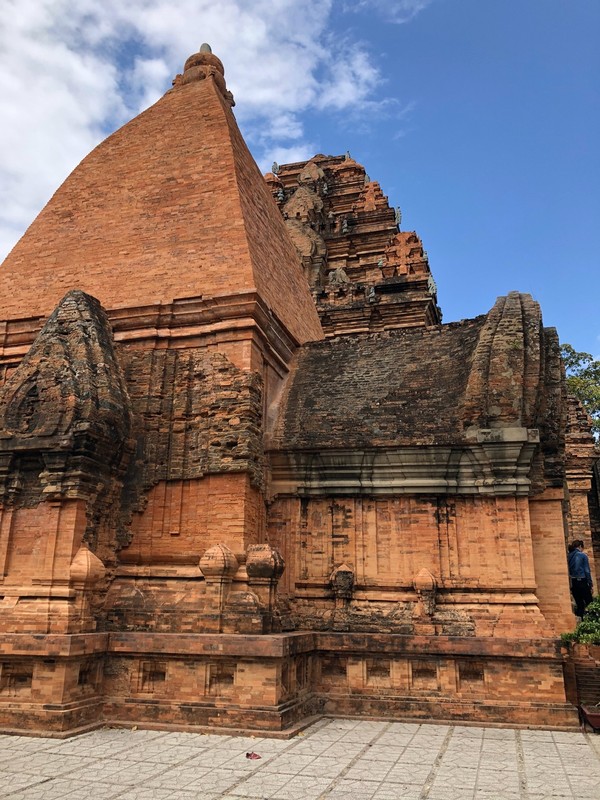 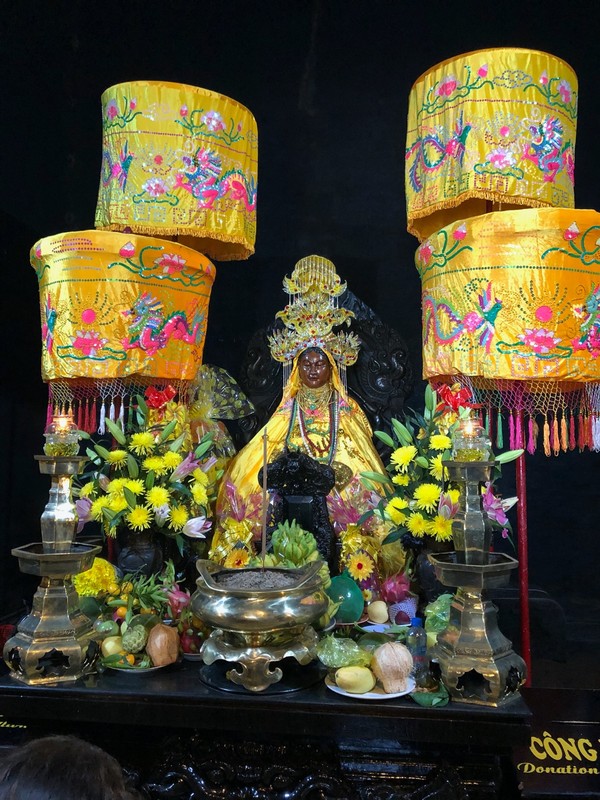 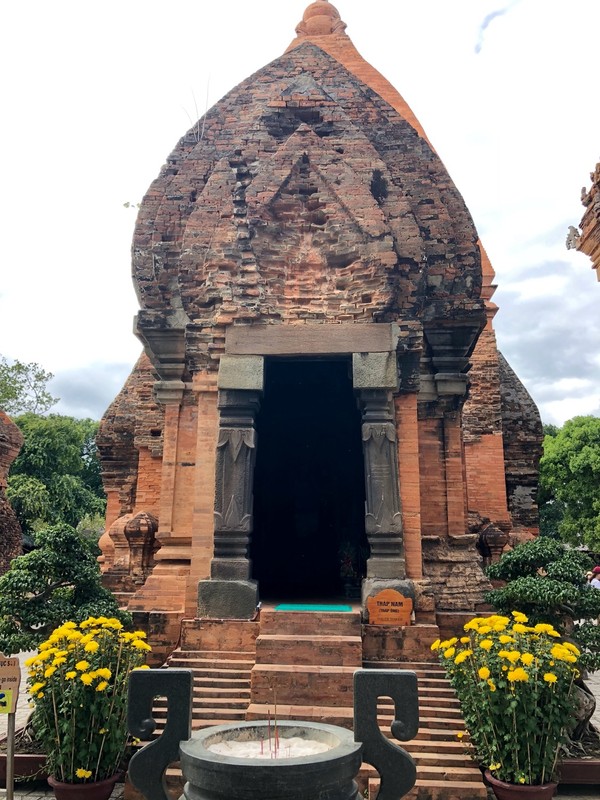 The whole area is surrounded by beautiful gardens and rock out crops and the views are awesome. 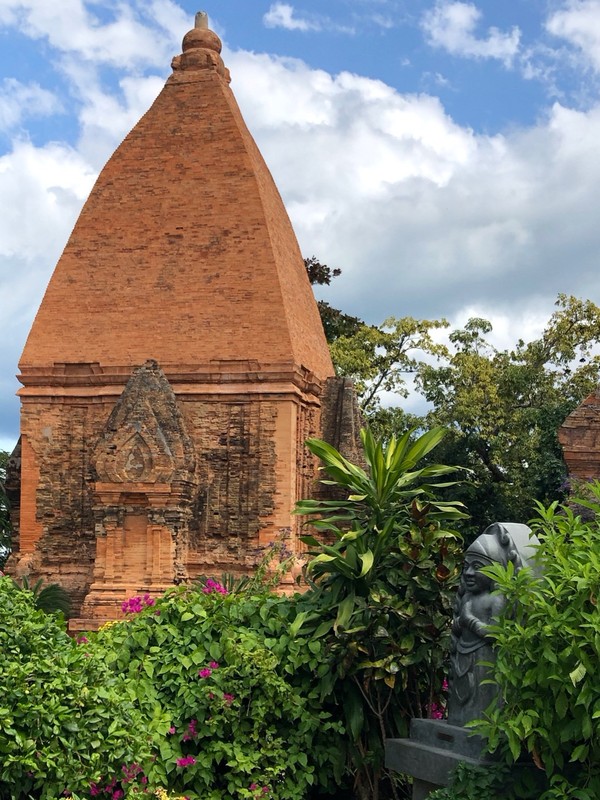 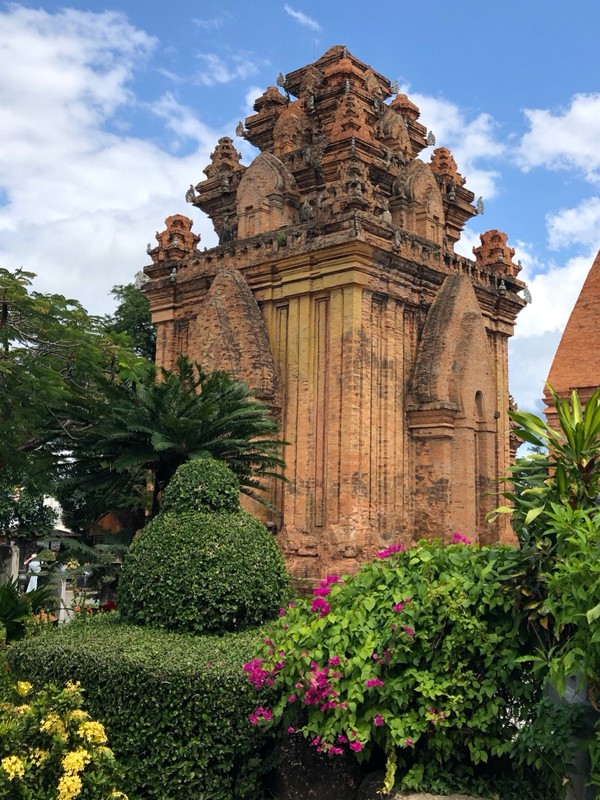 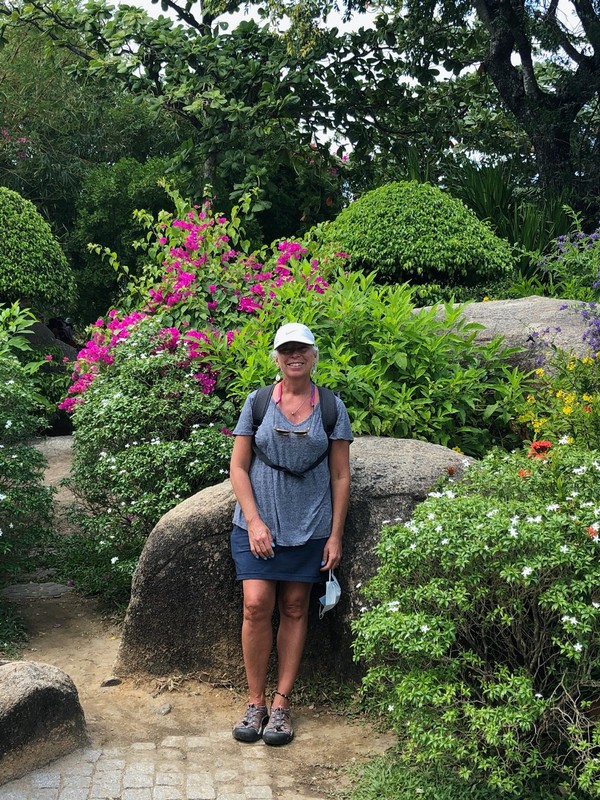 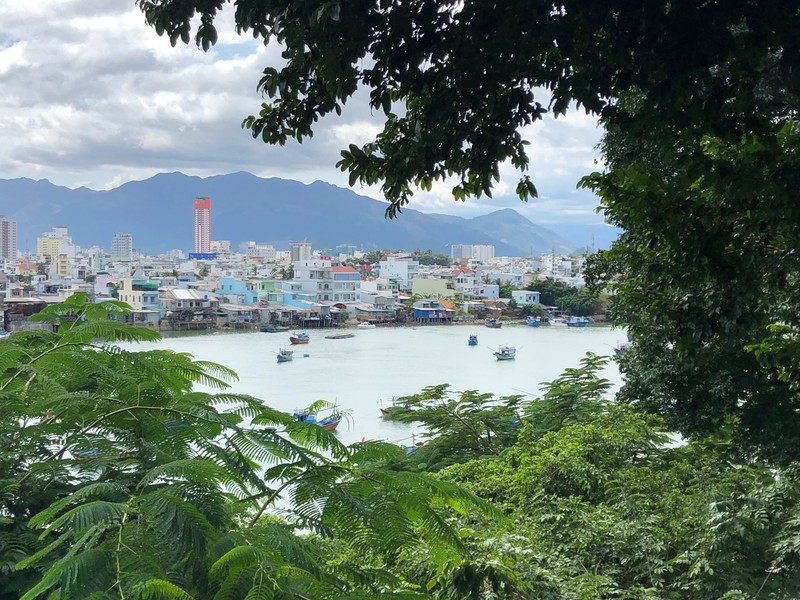 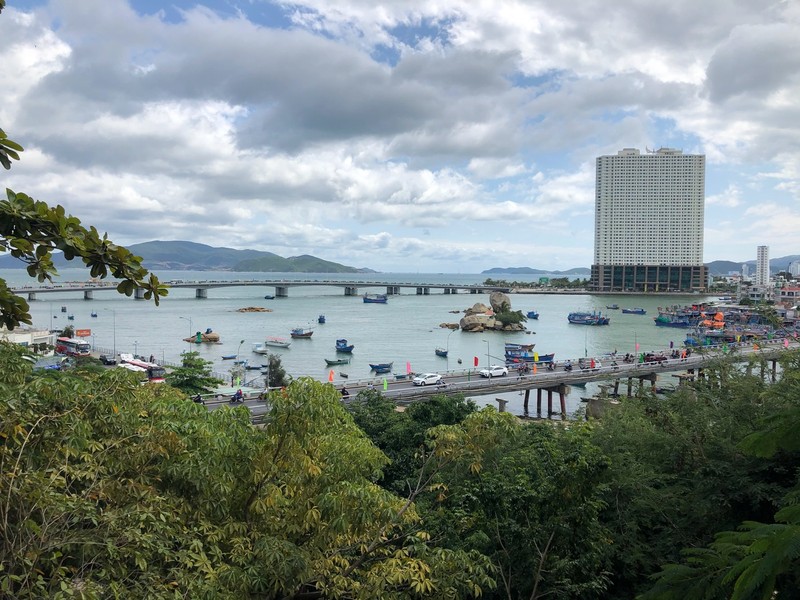 In which my Kansas City Chiefs win it all! We watched with a group of friends we'd met over our weeks in Nha Trang. We did begin to establish friends and a small community, even in the short time we were there - a testament to the fact that anywhere can be home if you try. We wish we had liked Nha Trang better but...and yes those are VICTORY Duck Farts for those in the know. (One is for Scott who had to be photographer but he was celebrating, too!) 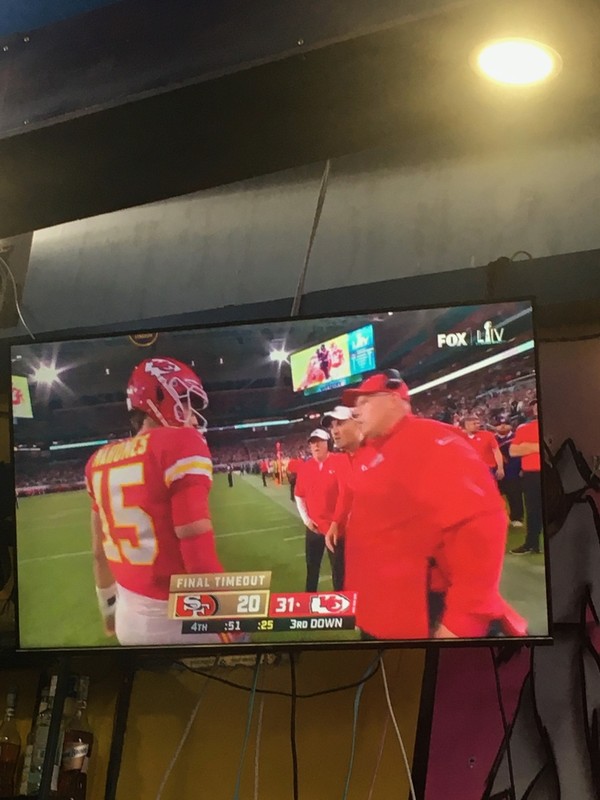 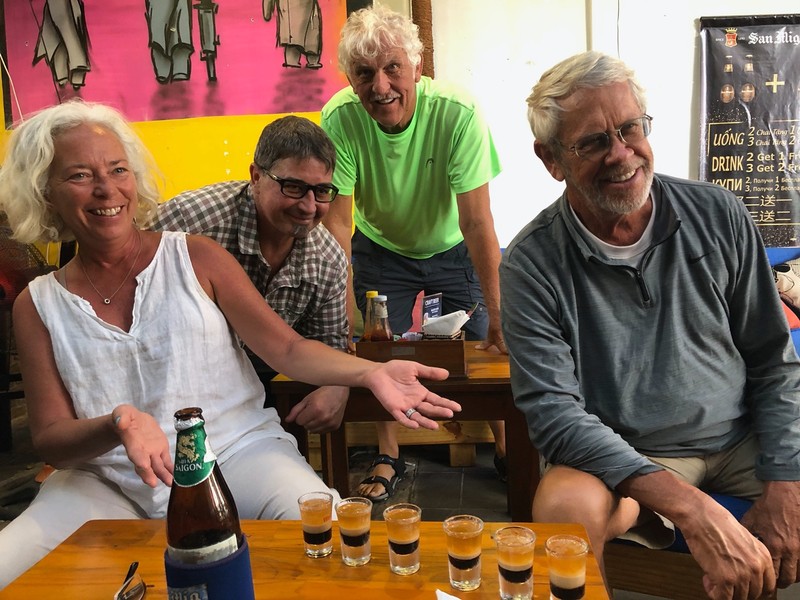 Of course there are the motor bikes but there are also a few other lasting impressions we will take with us from Vietnam. One of the most lasting images for us is the juxtaposition of old Nha Trang, the sleepy fishing village, with new Nha Trang, the tourist Mecca. These pictures capture that feeling. 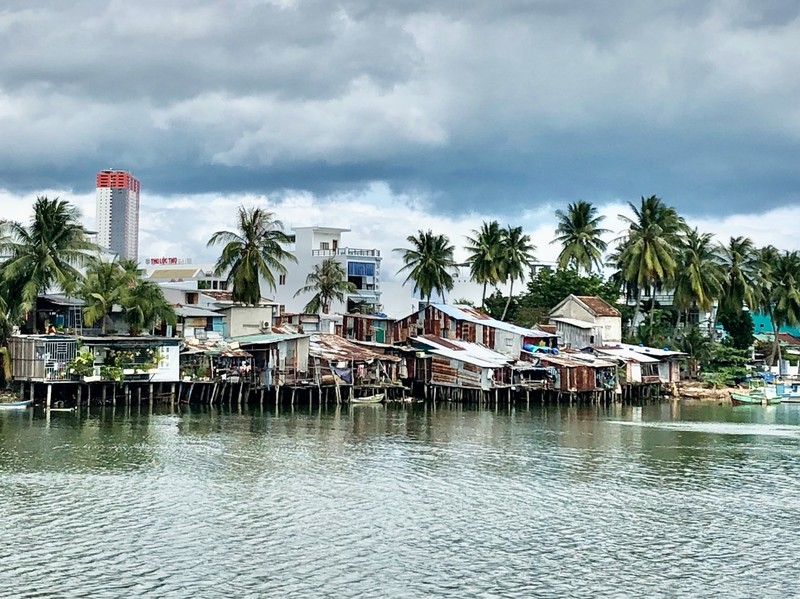 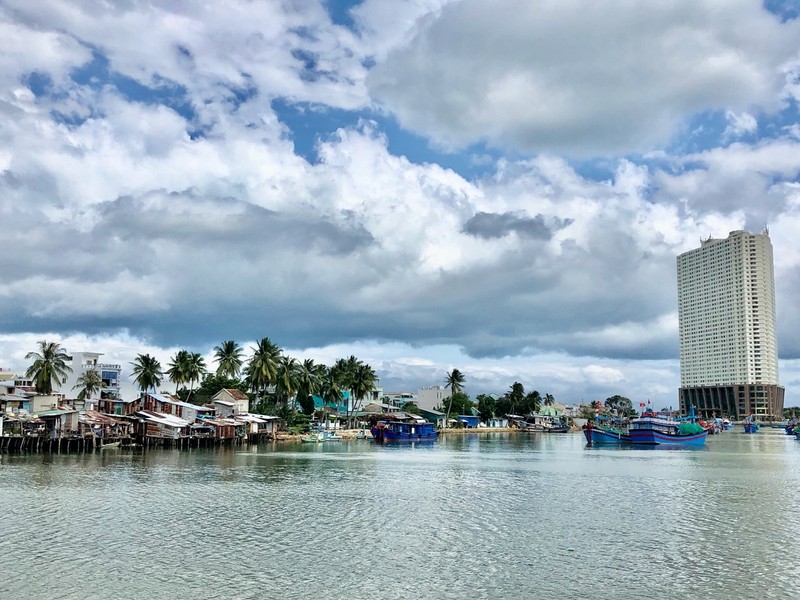 Vietnam is a coffee culture and having an ice coffee prepared at one of the many coffee shops was a favorite activity. Oddly, they serve you a glass of complimentary iced green tea with each cup. 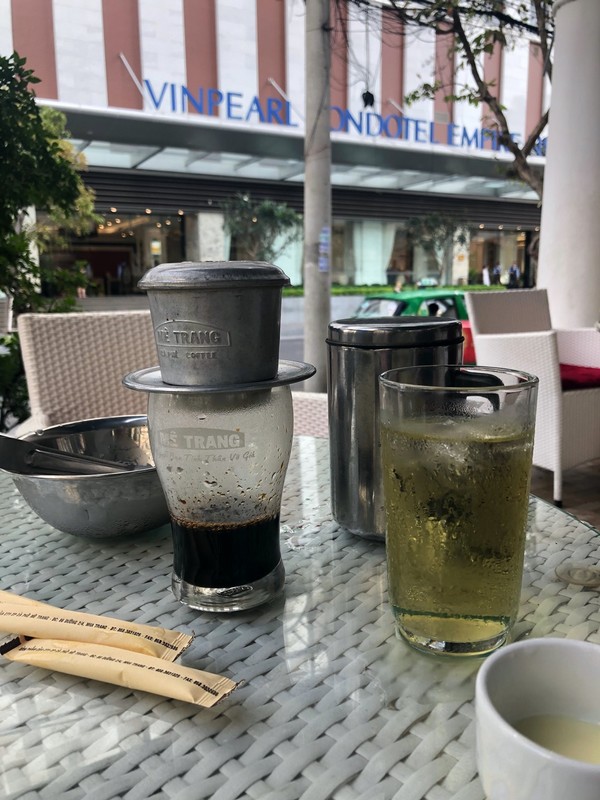 Vietnamese street food is cheap, safe, and delicious. It's also pretty easy because most vendors only sell one thing. Bánh Mì vendors sell Bánh Mì. Pho vendors sell Pho. And Banh Can vendors sell Banh Can, one of our favorites. 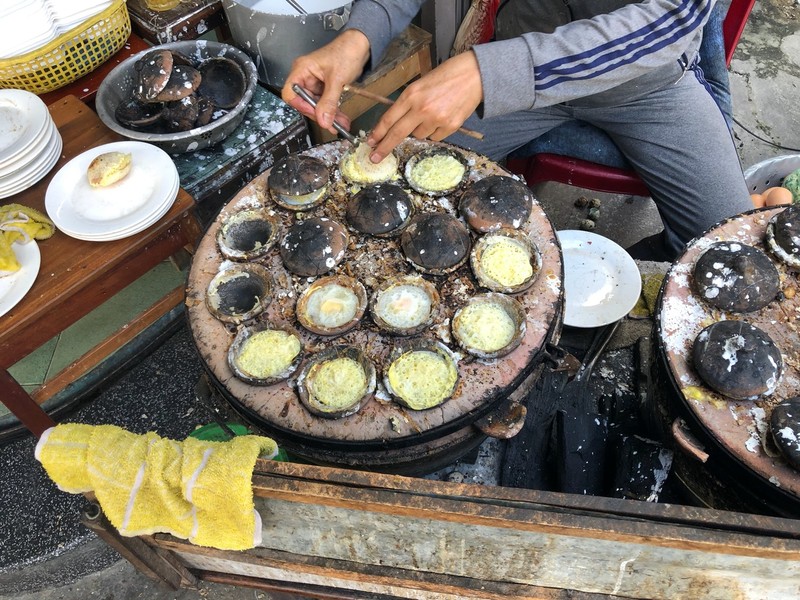 The food is simple with easily identifiable ingredients. And it's generally not too spicy. We came to really like a lot of it, although we could see it getting a little boring over time.

Vietnam is really inexpensive. Compared to Thailand, it's cheap! We can see the appeal for expats on limited budgets.

The communist presence is limited as I discussed in my last post but the entry to the neighborhoods throughout the city remind you of that past. 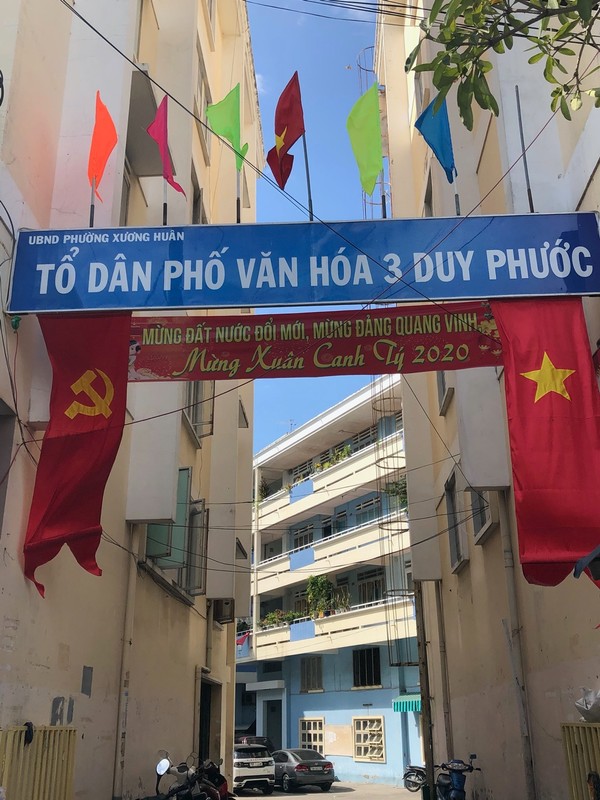 And unique to Nha Trang, at least for us, is the use of Bougainvillea as a street tree. 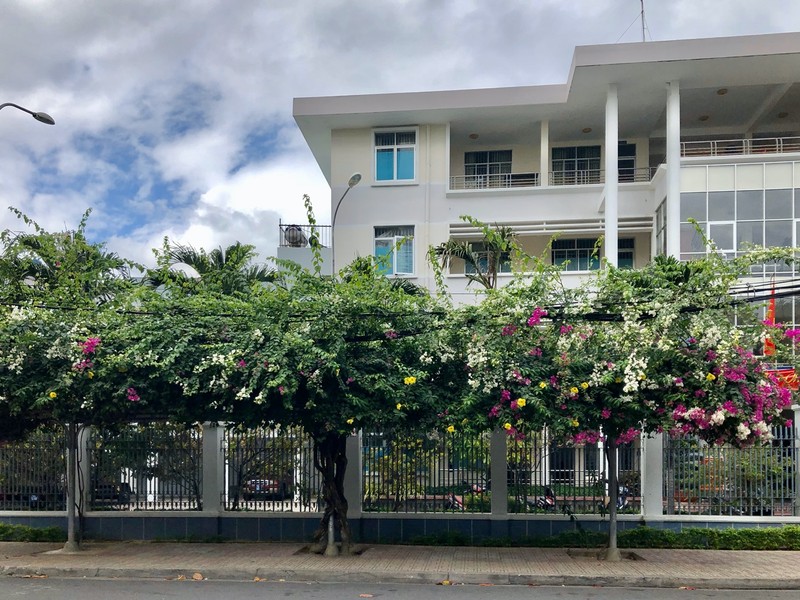 Lastly, over the time we were in Vietnam as the Coronavirus spread, face masks because as ubiquitous as in Japan. Thanks to the many Chinese tourists (although by the time we left there were very few remaining and it was like a ghost town), the Vietnamese went a bit crazy. All of the staff in our hotel were wearing masks. The government had posters everywhere and were making public announcements in the street, and of course as a result finding face masks to purchase was next to impossible. That didn't stop us from finding them and they felt like a necessity, if only for our peace of mind, on our flight to Bangkok. 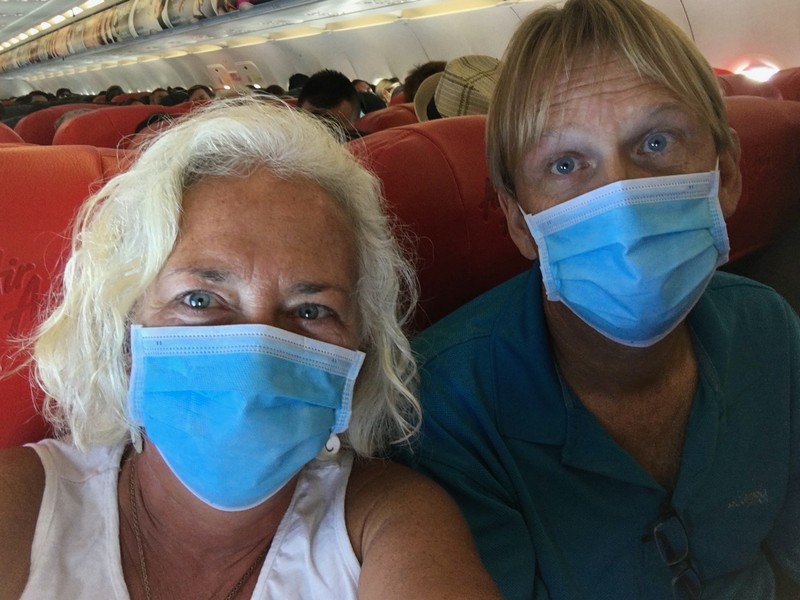 As was wiping everything with disinfecting wipes, being maniacal about hand washing and hand sanitizer (though truthfully that obsession has been with us for awhile). Arriving in Thailand, the mood is much more relaxed, at least after leaving the airport, which is a relief.

Our arrival to Bangkok was like going from rural America to NYC. Back in the big leagues! Almost from the moment we arrived and realized there weren't any cars or motorbikes parked on the sidewalks, we knew we would be happier here. It's just true that we are more comfortable with places able to provide a few more of the creature comforts we need to feel at home. 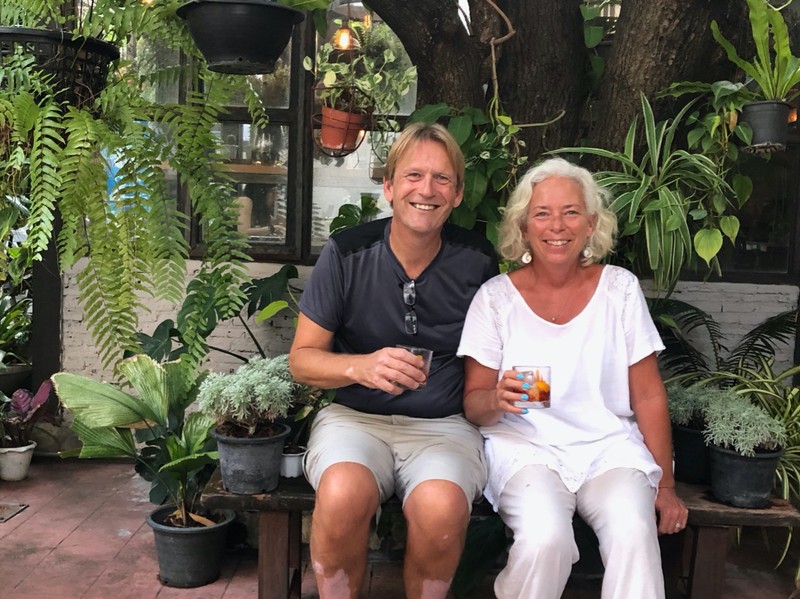 Of course, it comes at a price. Housing is still very affordable, especially now that tourism is taking such a huge hit from the virus, and transportation is very inexpensive but food and clothing are only slightly cheaper than in the West.

Don't get me wrong, there are motorbikes and traffic here, too. But there are stoplights and crosswalks! And they make use of overpasses over the really big roads. 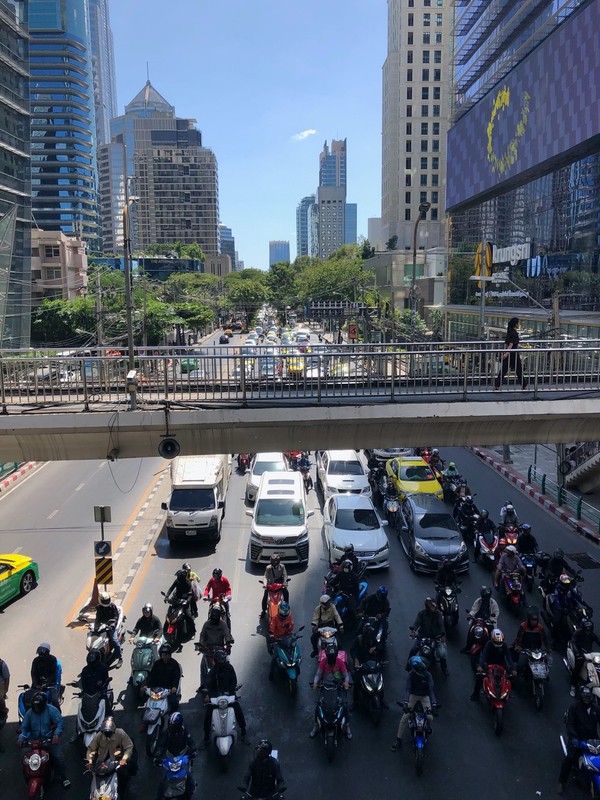 And they have public transportation! The Sky Tram is an awesome elevated train and a great way to see the city. 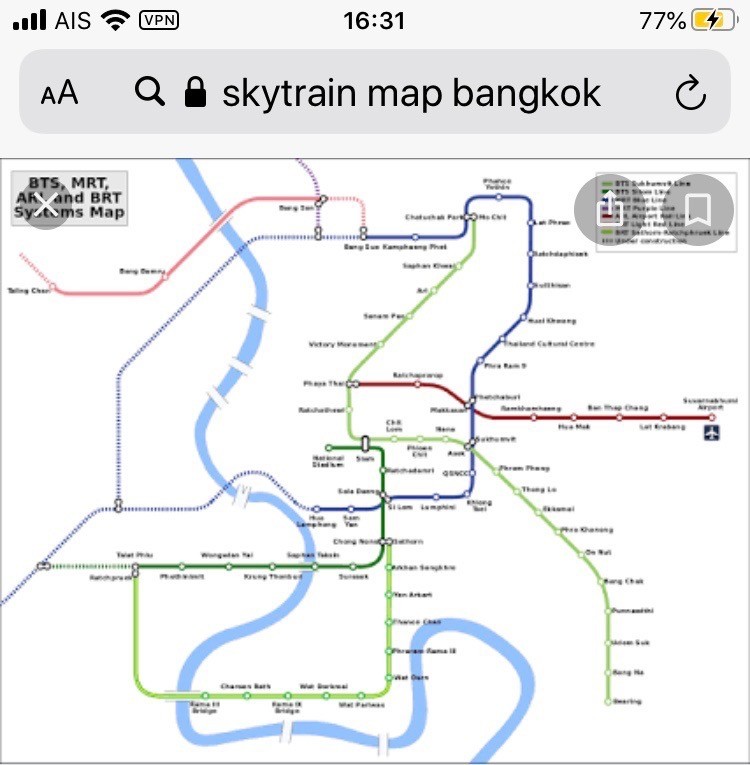 As a major international city, it has great food from all over the world. German, French, Italian, Indian, and of course Thai - one of our favorites! We've been eating really well! We haven't tried street food yet although it's supposed to be amazing. Unfortunately, unlike Vietnam it's hard to tell exactly what's on offer, the ingredients are unfamiliar, and it's usually really spicy. Maybe we'll do a food tour to get our feet wet.

Our first place was in a small hotel in the neighborhood of Sala Daeng in the Silom district. It's mainly a business district so its quiet at night but has great coffee shops and cheap lunch spots. The best part is it's right across the street from Lumpini Park, the Central Park of Bangkok. 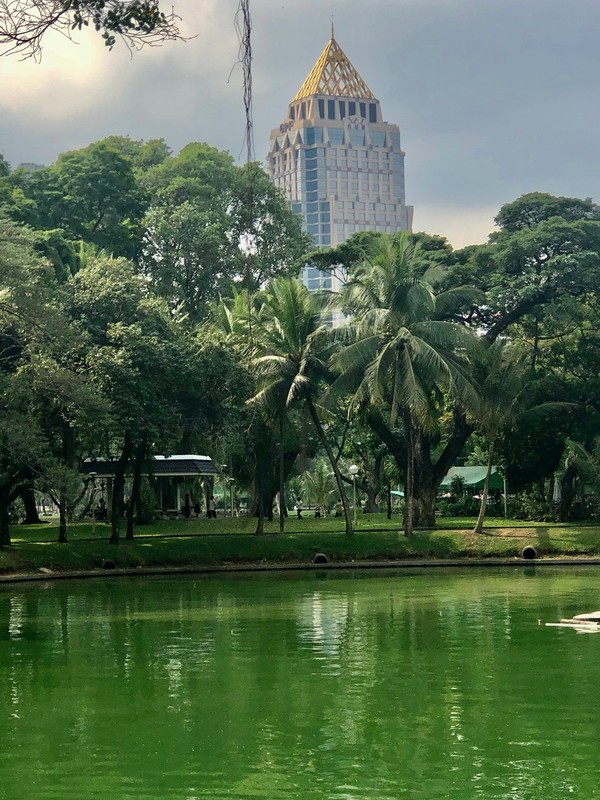 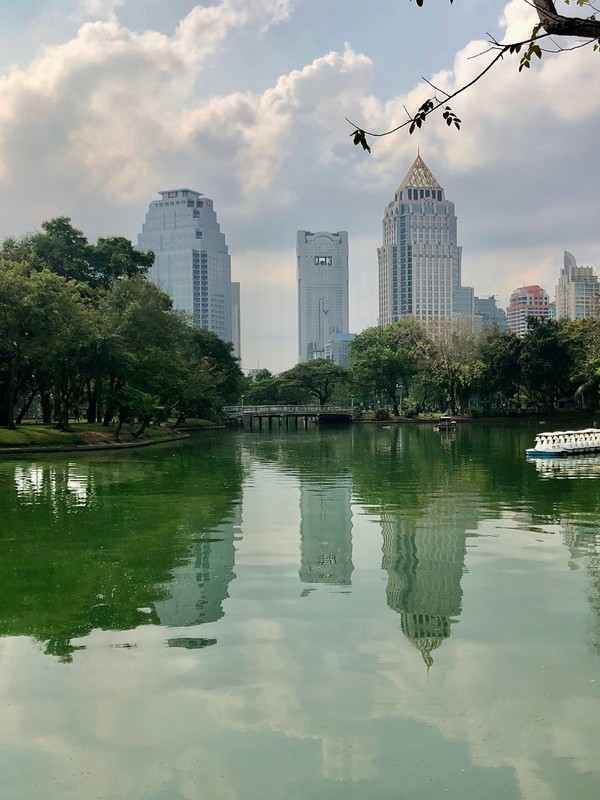 It is closed to traffic and has great walking paths and bike lanes as well as ponds and tons of birds. In my first few days I recorded 16 new birds! It also has great views of all of the tall buildings of Bangkok's amazing skyline. There is some amazing architecture here and they spend extra to make their buildings unique.

We've moved now to an apartment in the Sukhumvit district. It's full of more upscale hotels, residences, and as the major shopping area, tons of huge, very nice malls. It's close to Nana, which is the big expat party district, and we've made a few forays over there. We're moving around exploring different parts of the city in case we do decide to settle here for awhile. Our last week here, we will move again. Not sure where yet. Have any suggestions?

BUDDHISM AND THE KING

If the primary imagery of Vietnam was the Communist Party, in Bangkok, Buddhism and the King share the spotlight. There are pictures of the King everywhere, on buildings, on banners along streets, and this huge one as you exit the highway from the airport. I don't know enough to comment on it really other to say it's different and interesting. 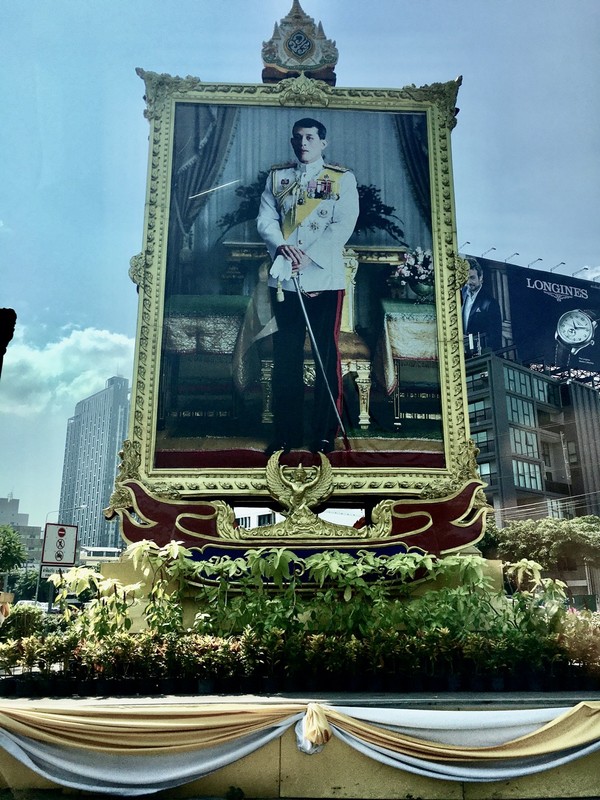 And religion is a huge part of the culture here, too. Almost every building of any size be it a home, business, parking garage, etc., as a Buddhist shrine. These are maintained daily with fresh offerings of food and drink and flowers. It's really interesting and many are really beautiful. 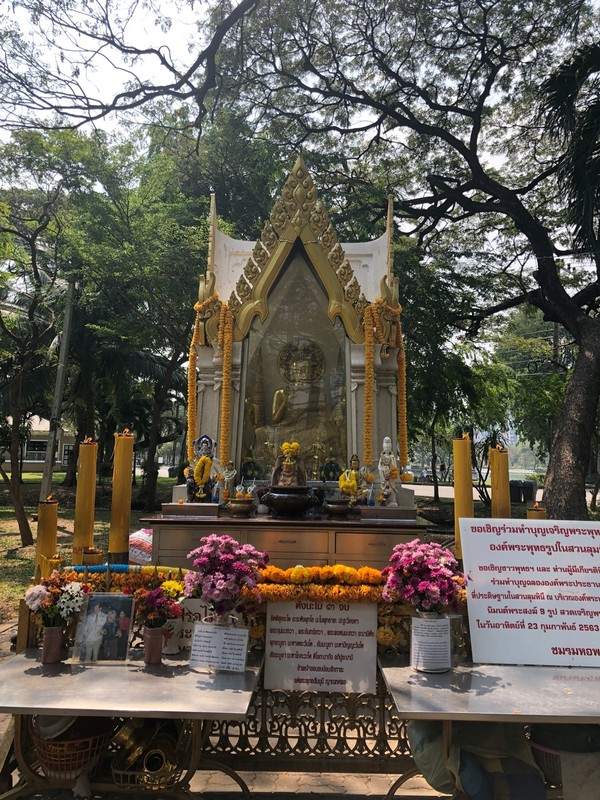 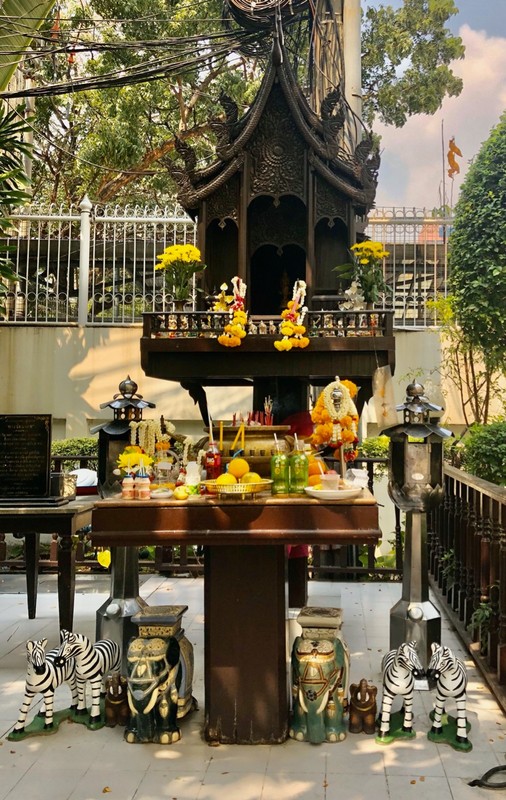 They call Thailand the land of smiles. Many people comment on this, both bad and good, but for us it's true. In our experience, Thai people are very warm, welcoming, and genuinely nice. It's a big piece of why we feel more comfortable here. It's a little strange to have them bow to us but we try to take it as it's meant and recognize it is a part of what makes their culture so deep and interesting.

So I know this is light on sights after three weeks in Bangkok but we've been catching up on some medical stuff while in the land of inexpensive, high quality healthcare, so we haven't seen or done too much yet. But stay tuned, that will change.

Our plans change frequently as we discuss different options but for now we have decided to move on at the beginning of March to Koh Tao, a Thai island. Although we are flirting with staying in Bangkok, at the end of the day we want to be at the beach so we're gonna go try it out and see if it might work as a home base. We're working out our visas and continuing to take this year one day and one step at a time.